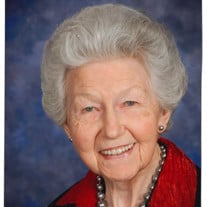 Peggy Ross passed away Wednesday July 21 after a fall and brief illness. For many years she told her family and friends that she wouldn’t live past 80 but instead made it to an impressive 91! Peggy was born on February 7, 1930, to Walter and Clarice Higginbotham in Darden, MS, a small community outside of Myrtle, MS. During her childhood her family moved to Memphis TN where Peggy attended Messick High School graduating in 1948. After high school she worked at the GE Lamp plant in Memphis where she met a young engineer named Ray Ross. They married in 1949 and briefly moved to Cleveland before returning to Memphis where they remained for the rest of their lives. Peggy had two children early in her marriage, Lloyd and Cindy, and became a lifelong mother and home maker. During her life in the Memphis area, she lived in Midtown, East Memphis, Fox Meadows, Collierville, and finally Olive Branch. Peggy’s passion was her home and yard. She loved to be outside working in the yard and flower beds and could often be found there many nights well after dark! She had the qualities of endurance, perseverance, and tenacity. Whatever she set her mind to do, usually got done. She liked to read and up to the time of her passing, kept abreast of current political, social, and cultural events. Peggy was a believer in God and His son Jesus Christ. She attended and volunteered in churches for most of her life. During her life she attended Buntyn Street Baptist, Prescott Memorial Baptist, White Station Baptist, and Ridgeway Baptist. In her later years when she was physically unable to attend services, she listened weekly to sermons on her radio and read the Bible she kept beside her recliner. Peggy was predeceased in death by her husband Raymond Lloyd Ross, daughter-in-law Lilly Ross, brother Charles Higginbotham, sister-in-law Carolyn Higginbotham, and nephew Michael Higginbotham. She leaves behind a son, Lloyd Ross of Houston, TX, a daughter, Cindy Littlefield (David) of Germantown, TN, two brothers, George Higginbotham (Betty) of Pontotoc, MS, Randy Higginbotham (Laurie) of Memphis, TN, and four grandchildren, Katie Bilek (Beau) of Washington DC, J.D. Littlefield (Paige) of Memphis, TN, Walt Littlefield of Germantown, TN, and Seth Littlefield of Memphis TN, three great grandchildren, Jackson Bilek, Brooke Bilek, and Aaliyah Powell, as well as a nephew who was more like a grandson to her, Allen Higginbotham of Memphis, TN. As well, Peggy leaves behind 3 nieces and one nephew, and many great-nieces and nephews. The family would like to thank immensely the management and staff of Silver Creek Senior Living in Olive Branch, MS – Denise, Leslie, Annette, Christy, Tess and all the rest as well as Felichia and her staff at F&J Homecare. You all made the last several years enjoyable and easy for both Peggy and her family. We cannot thank you enough, especially the care during the pandemic. May God bless all of you! The family will receive relatives and friends on Wednesday, July 28 from 12:30 pm until the time of the funeral service at 2:30 pm at Memorial Park Funeral Home and Cemetery, 5668 Poplar Avenue in Memphis. The committal service will immediately follow. Click the link below to view the webcasted funeral service: http://webcast.funeralvue.com/events/viewer/57618/hash:665BCA9BD75DF278 For anyone wanting to honor Peggy with a donation, the family asks that those be made to either St. Jude Children’s Hospital, The Parkinson’s Foundation, or the local church of your choice.

Peggy Ross passed away Wednesday July 21 after a fall and brief illness. For many years she told her family and friends that she wouldn&#8217;t live past 80 but instead made it to an impressive 91! Peggy was born on February 7, 1930, to Walter... View Obituary & Service Information

Peggy Ross passed away Wednesday July 21 after a fall and brief...