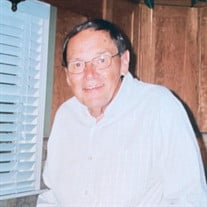 Ronnie Beard Bynum, a long-time educator in Memphis died February 10, 2022, at the age of 77. He was preceded in death by his parents Mitchell and Marjorie Bynum of Dyer, Tennessee, an older sister Judy Somers of Marion, Il, his wife of 49 years Jean, and his son Ronnie Beard Bynum Jr. He leaves behind his beloved grandsons Tyler and Cooper Bynum. He also leaves his younger sister Bitsy Gilliland of Dyer, TN. Bynum began his career as a sixth-grade teacher at the now closed Pope Elementary. His first class consisted of thirty-eight students who ranged in age from twelve to eighteen years of age. The reading range of his class was for non-readers up to grade eight. Mr. Bynum met and walked the first African American students when Pope Village was an all-white housing project. Mr. Bynum, after serving a year as Assistant Principal at Humes Elementary returned to Pope as its last Principal. Later, Bynum was named Principal of Westwood Elementary, a campus with a projected enrollment of twelve hundred students. During his tenure, Westwood was one of the largest K-6 school in the state until Doubletree was built to relieve its size. Bynum was next moved to Snowden, an assignment he found particularly unique. Bynum’s first year at Snowden the school was recognized by the U.S. Department of Education as a school of excellence. In 1984, Bynum was sent to East High School to develop an advanced academics program for health sciences and engineering. Against some overwhelming obstacles, this school grew from 700 students to over seventeen hundred students with forty percent of those enrolled in the advanced academics program. In 1995 and 1996, Bynum served as the Assistant Commissioner of Education for Teaching & Learning for the State of Tennessee. Although Bynum enjoyed traveling the state and meeting many outstanding educators he was simply out of his element when out of the single school environment. He was a building principal at heart. After leaving the state department, Bynum returned to Memphis and served three years as Principal of Central High School. Bynum wishes to thank the wonderful teachers and students that gave his life meaning. He genuinely enjoyed seeing teachers and students succeed. Bynum was a member of Bellevue Baptist Church. The family will receive relatives and friends on Wednesday, February 16 from 5:00 p.m. until 7:00 p.m. in the Riverside Chapel of Memorial Park Funeral Home. The funeral service will be held on Thursday, February 17 at 10:00 a.m. in the Riverside Chapel of Memorial Park Funeral Home with a graveside service to follow at 2:00 p.m. at Oakwood Cemetery in Dyer, TN. You have been invited to view the funeral service for Ronnie Beard Bynum click on the link below: http://webcast.funeralvue.com/events/viewer/69510/hash:1C6BF186705EA394 Memorial Park Funeral Home, 5668 Poplar Ave, Memphis, TN, 38119. (901) 767-8930.

Ronnie Beard Bynum, a long-time educator in Memphis died February 10, 2022, at the age of 77. He was preceded in death by his parents Mitchell and Marjorie Bynum of Dyer, Tennessee, an older sister Judy Somers of Marion, Il, his wife of 49... View Obituary & Service Information

The family of Ronnie Beard Bynum Sr. created this Life Tributes page to make it easy to share your memories.

Send flowers to the Bynum family.