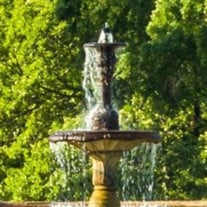 Philip Schrijvers Trommel was born July 25, 1964 in Amsterdam, the Netherlands. He is preceded in death by his mother, Ada Schrijvers Trommel, Aunt Tine Schrijvers and Aunt Truus Larson. He is survived by his wife, Amy Marie Trommel, daughter Zoe Elise Trommel, father Dr. Jan Trommel, brother Marcel Trommel and brother George Wang, sister in law Jenna Siracusa Trommel, and nieces Marisa and Keira Trommel. He also leaves behind his feline children, Zackie and Hannah Trommel. Phil considered close friends Frank, Lisa, and Darby Monahan, Ted Freeman, Chris Myers, Alex Sams, and Philip Michael Brown his inner circle and strong life influences. Phil will be remembered for his caring spirit, loyalty, and creativity. He loved the foreign language program at Duke University and went on to master 7 languages in total. He enjoyed cooking and spent 10 years in the restaurant industry, as well as a lifelong passion for cooking in his personal life. During his corporate career, he was proud of his work at the Divers Alert Network “DAN” at Duke University and his marketing program ASVM at Fedex, created with good friend and mentor, Chris Myers. He had a lifelong passion for cars and spent many years changing vehicles, showing them at shows and fixing them up. His passion for languages led to a lifelong side business of translation work. In later years, he passed difficult certification exams and became certified in legal translation as well. Most of all, Phil had a passion for travel, visiting almost all of the United States with his wife Amy in the mid 90’s. He worked in Portugal during his graduate work and spent many childhood summers in both his native Netherlands and in southern France. Visiting his brother George Wang in Orlando was something he treasured on a regular basis. Phil’s daughter, Zoe, was his entire world. Phil beamed with pride when she was accepted into the Duke University TIP program at age 12. Phil and Zoe were alike in many ways, mostly with their creativity. He was always thrilled to see what new drawings she had made or what new photoshoots she had come up with. Zoe had been cooking with her dad since she was a toddler, and he would often print out his favorite recipes so she could cook for the family. Phil greatly enjoyed both collecting and building model cars at any scale. He had shelves and cases full of his miniatures and would spend hours each night perfecting every detail on his hand painted models. He sometimes participated in derby races with his friend Chris Bryan, where he won a few awards including Best Design. His other favorite hobby was music, from drums to bass to guitar. He would play along to his favorite cds late into the night, which mostly consisted of Queen and various classic songs like I Will Survive. Phil shared his wife’s love of cats and catered to wife’s superior care of them. He cooked Zackie his own dinner every night, texted a picture of him to his wife at work on nights she worked, and put him to bed every night with a routine he coined “tucky insy.” He was thrilled to adopt Hannah, who he nicknamed “Binklestein,” and enjoyed all her developmental milestones this last summer. Phil was a unique and gifted person and will leave a lasting impression on everyone who knew him. His spirit lives on in his family, friends and all those he loved.

Philip Schrijvers Trommel was born July 25, 1964 in Amsterdam, the Netherlands. He is preceded in death by his mother, Ada Schrijvers Trommel, Aunt Tine Schrijvers and Aunt Truus Larson. He is survived by his... View Obituary & Service Information

The family of Philip Schrijvers Trommel created this Life Tributes page to make it easy to share your memories.

Send flowers to the Trommel family.