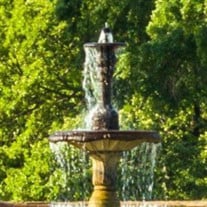 Michael E. Bozof, 73, of Hernando, MS died at Methodist University Hospital on Saturday, June 9, 2020. Michael is survived by his wife, Margaret Bozof; 4 children: Tamara Riggs, Brett Bozof (Sarah), Brian Bozof and Brittany Rodgers; 4 grandsons: Dylan Riggs, Caleb Riggs, Parker Bozof and Aiden Rodgers; his father, Albert Bozof; and his brother, Danny Bozof (Leslie). He is preceded in death by his mother, Dorothy Bozof, and his brother, Steve Bozof. He was born December 8, 1946 in Memphis, TN. He graduated from White Station High School in 1965. He married Margaret Bozof, the love of his life, in 1978. Before retiring, Michael was the Vice President at Bozof Dinettes Inc., CEO of Bozof Builders Inc. and CEO of Marmike Bozof Inc. During his 73 years, he graced the lives of those who surrounded him with unrelenting love and support. Mike's family and children meant everything to him - brunch on Sundays was a weekly tradition. He was an avid fly fisherman, hunter, and had a passion for birdwatching. He enjoyed tending his blueberry bushes, watching hummingbirds flitter around his kitchen window, and spending time with his ever faithful and beloved dog, the late Jack. Mike's love of the outdoors led him to teach others and he was an assistant scout leader for Troop 25 for many years. One of his favorite places outdoors was on his back porch in Mississippi, listening to the soft sounds of rain, birds chirping and frogs croaking while sipping on a glass of his favorite wine. During some of his last days, this is where he wanted to be most. A kinder, gentler man has never existed. He will be severely missed. Due to the current health crisis, a memorial will be held at a later date.

The family of Michael Bozof created this Life Tributes page to make it easy to share your memories.

Send flowers to the Bozof family.