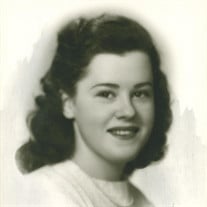 Lorene Margaret Lyons Cross, of Germantown, 92 years lived to the fullest, passed away April 20, 2020. Lorene was born in Chicago, Illinois, to the late Katherine and James Lyons. She was preceded in death by her husband Edward Cross, daughter Suzanne Cross Coppedge, son Edward Cross Jr., grandson Morgan Greer and her siblings Dorothy Kuehl, Bernadette Boyle and Donald Lyons. She is survived by daughters Judith Cross and Carolyn Greer, and granddaughter Alexandra Greer. She is also survived by sons-in-law Paul Greer and George Coppedge, sisters-in-law Mary O’Connor and Patricia Cross, and many nieces, nephews and friends. Lorene and her husband grew up on the south side of Chicago, lived in Massachusetts and New Jersey for several years, and after fifteen years back in the Chicago area, moved south the year Elvis died. An avid golfer with a handicap she could usually tolerate, Lorene was a longtime member of Colonial Country Club. She also belonged to Our Lady of Perpetual Help Catholic Church, Duration Club, Madonna Circle and volunteered at numerous other civic, charitable and political organizations during her lifetime. While dating, our dad taught her to drive. Early into their marriage she was given an aunt’s car, which was like giving her wings to fly. Each day was a journey of volunteerism, errands and time spent with friends, kids and grandkids. Once during an ill-fated shopping trip, she found herself in the midst of protesters at the 1968 Democratic convention. She was personally escorted out of the city by police officers after telling them her brother was a Sergeant on the force. Lorene and Ed were social creatures who, for many years, threw parties at their home with big band music playing on the hi-fi (still the best party music ever) and laughter that rattled the dishes. She relished every gathering with her friends, kids, grandkids and extended family. Her favorite reads were biographies and the daily newspaper(s). She and her husband traveled extensively on work-related trips, and planned yearly whirlwind car trips, with four kids and luggage neatly packed into the sedan, to see the sites throughout the States. As her kids grew older, they planned the trips that expanded to other parts of the world, including Ireland where her father was raised and Scotland to attend her granddaughter’s graduation from St. Andrews University. Always throughout the decades were visits to the beach, in earlier years along the Atlantic Seaboard and later the Gulf of Mexico off the Florida panhandle. She enjoyed her home and caring for her yard where no cat was allowed to stalk birds or errant tree branch to remain on the ground. We weren’t allowed to visit our mother during the last several weeks of her hospitalization, which was agonizing, but we were called to the hospital when she was near the end, arriving several minutes too late. Our mom won’t have the funeral she thought she’d have, but she will have a lovely private graveside service at Memorial Park Cemetery on April 24, 2020, and a memorial service will be planned in the future. If anyone is inclined to make a memorial donation, and in lieu of flowers, please donate to a charitable organization in your community during this time of great immediate need.

Lorene Margaret Lyons Cross, of Germantown, 92 years lived to the fullest, passed away April 20, 2020. Lorene was born in Chicago, Illinois, to the late Katherine and James Lyons. She was preceded in death by her husband Edward Cross, daughter... View Obituary & Service Information

The family of Lorene Margaret Lyons Cross created this Life Tributes page to make it easy to share your memories.

Send flowers to the Cross family.