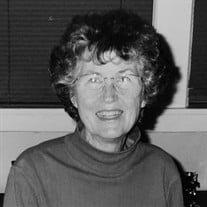 June Swift Stuart Vance, age 94, died peacefully in her sleep at home on January 20, 2021. She was born in Memphis, TN, to Oral and Rose Swift, graduated from Messick High School, and later in life, from Memphis State University. She retired... View Obituary & Service Information

The family of June Swift Stuart Vance created this Life Tributes page to make it easy to share your memories.

Send flowers to the Vance family.