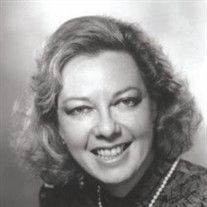 Joan Gilbert was a musician from a Memphis musical family. She was the daughter of Flora Eason Gilbert and Noel Gilbert, a Memphis musician who performed as a violinist and conductor in both the classical music field and the popular music field, mainly in Memphis recording studios. Joan followed her father's example, was also multitalented and performed both as a pianist and as a violinist. She may be heard with her father as a violinist on Isaac Hayes "Shaft", Elvis Presley's "In the Ghetto" and Carla Thomas" "Gee Whiz". As a young girl, Joan began her piano study with Myron Myers at the Memphis College of Music. She attended Memphis public schools and Oberlin College where she graduated with a Bachelor of Arts degree. She then attended The Juilliard School which awarded her a Master of Music degree and a Juilliard Scholarship for excellence in piano performance. Joan's piano teacher at Oberlin was Jack Radunsky. In New York at Juilliard she studied with Eduard Steuermann. Joan also attended the Accademia Chigiana and the Conservatorio di Musica "Santa Cecilia" in Rome. As a pianist, Joan performed as a recitalist, soloist with orchestra, and chamber musician. She was a founding member of several piano trios, and toured the United States and throughout Europe. She recorded for the Musical Heritage Society and for National Public Radio. Professor of Piano and Chamber Music at the University of Memphis, Ms. Gilbert was a recipient of the University's Distinguished Teaching Award. Joan Gilbert died on January 10, 2021, after a long illness. Joan is remembered affectionately by her brothers: Michael (and Yoko Takebe) Gilbert Robert (and Christiane Petitprez) Gilbert By her nephews, niece and their children: Alan (and Kajsa William-Olsson) Gilbert; Noemi, Esra, and Lia Jennifer (and Harvey) De Souza; Romy and Milo Daniel (and Lori Williams) Gilbert; Isai, Calum, and Eva Anthony Gilbert and Barbara Beltram. Joan is also remembered by relatives, friends, colleagues and beloved students. The family would like to thank the exceptional team of health care workers at Page Robbins Adult Day Center and Belmont Village Memory Care Neighborhood. A celebration of life will be held when Memphis is free from the pandemic. There will be a private graveside service for the family. In lieu of flowers, memorials may be sent to the Greater Memphis Music Teacher Association, the Beethoven Club of Memphis or any charity of the donor's choice.

Joan Gilbert was a musician from a Memphis musical family. She was the daughter of Flora Eason Gilbert and Noel Gilbert, a Memphis musician who performed as a violinist and conductor in both the classical music field and the popular music field,... View Obituary & Service Information

The family of Joan Gilbert created this Life Tributes page to make it easy to share your memories.

Joan Gilbert was a musician from a Memphis musical family. She...

Send flowers to the Gilbert family.