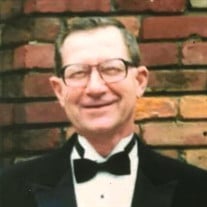 Donald Williams was born September 16, 1934 in Passaic, New Jersey to Marie Jacobs and Max Jacobs. Don was preceded in death by his wife, Patricia Ann Bogan Williams and two brothers Robert Williams and Dan Jacobs. Don leaves his son, Gregory Williams and his daughter, Jean Marie Williams as well as his daughter in-law, Lisa Williams and his only granddaughter, Ashley L. Williams. Don also left a sister-in-law and her husband Aunt Mary Ann & Uncle Frank Kelsey, and their children Wendy and Todd Kelsey. Don was married to Patricia Ann Williams on August 28th and moved to Miami, Florida from upstate New York. Don and Pat soon moved to Memphis, Tennessee and this where they stayed and raised their family together. Don was a graduate of the University of Miami, Florida with a Bachelor’s Degree in Science and Industrial Engineering in 1962. Don’s career with the U.S. Government expanded over many decades of service. He worked at DIPEC and the Memphis Depot and traveled around the world extensively for the Department of Defense and is a Veteran. Don enjoyed telling fantastic stories about his incredible adventures in travelling and he brought home treasures and trinkets for his loved ones. Don enjoyed Square Dancing and later Ballroom Dancing. Don was a great husband, father, father-in-law and the best grandpa ever. Family was important to him. Don was an avid fisherman, enjoyed Square Dancing and later Ballroom Dancing. He was also enthusiastic with his stamp collecting through the years, and Scout Master of Boy Scout Troop #23. Greg has fond memories of the Boy Scout trips, as well as the fishing trips that continued on through his 30’s. Greg and his Dad would be out on the lake fishing all weekend, however, it was just as much about quality time together, and the fish were just an added perk. Don told Greg after we had Ashley that his life would never be the same again. The wisdom Don imparted was usually right to the point, and he had a front row seat to see how well we adjusted over time. Jean has wonderful favorite memories with her dad as well. Jean enjoyed so many of the simple pleasures in life such as fishing, camping and swimming or when they had the boat out on the lake. The trips in the summer to New York were highlights when they were young. Jean also liked travelling with her dad; especially the trip to Germany a few years ago. Jean says her dad is her hero and she is going to miss him very much. Ashley and her grandpa have always had a very close relationship. Don sat many hours telling Ashley about her grandma and the life they shared together. Stories that brought to life the memories he shared with her. College was 4 hours away, but a phone call with grandpa usually helped to put things into prospective. Grandpa attended every dance recital, graduations, and helping her to mark milestones, listening, giving her sound advice and encouraging words when she needed to hear them. Donald Williams age 86 passed on February 17, 2021 from this world and into the arms of Jesus. The family will receive relatives and friends on Monday, March 1 from 9:00 am until the time of the graveside service at 10:00 am at Memorial Park Funeral Home and Cemetery, 5668 Poplar Avenue. In lieu of flowers, donations may be given to the Memphis Union Mission, 383 Poplar Avenue, Memphis, TN 38105.