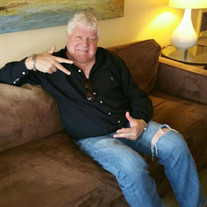 David Keith Drew, 64, of Memphis, TN, passed away on Thursday, October 7, 2021, at Methodist Hospice in Memphis, TN, while receiving and knowing he was loved. David is survived by his two daughters, April Drew and Leiah Drew-Hightower, and his five prized beautiful grandchildren: Marleigh Drew Clemons, Draden Drew Robinson, Daxden Drew Robinson, Fynnley Drew Hightower, and Smith O’Neal Hightower, all of Spring Hill, TN, as well as his younger brother, Robert “Kenny” Drew, and wife, Joni Drew, of Memphis, TN. David’s intelligence and achievements are beyond remarkable. He completed high school and college within a six-year period. He earned a Master’s of Business Administration from the University of Memphis in 1980, graduating Cum Laude. His determination to succeed was apparent when David was a young boy, and sported a suit and tie to his school picture days. He built a successful career as an executive that spanned over the course of 35 years. He served nationally and internationally as CFO, CEO, and President, of several large multi-layer corporations. David was a true force, and he was full of tenacity! He was a loving, nurturing, and eager to please “cool dude.” He loved the simple things in life, whether it was a home-cooked meal at his grandmother’s house, or a local BBQ sandwich, followed by a nap and arm and foot rubs from his “girls,” ALL of course, while listening to Memphis State football. If you knew David, or often called “Daddy David” by his daughters’ friends, you were charmed by his deep belly-laughs, good looks, unconventional ways, and generosity. He could own a room, without saying a word! David was a trendsetter, whether he was wearing his sandals with a suit, or painting his toenails. David enjoyed fashion, jewelry, and the arts. He absolutely rocked a freshly pressed white dress shirt, personalized cufflinks, a navy blazer, and ripped jeans, and he knew it. He enjoyed traveling the world, history, live music, Tennessee football, shopping for his “girls,” his family, and seeing his DNA shine in his daughters and grandchildren. He always said, “The best days of my life, were, by far, the days when my daughters were born.” Even though David is no longer with us, we will remember him when we are rocking out to loud music in our car, rolling boogers and flicking them, laughing out loud at ourselves, completing the fly before entering bed, using the fade while driving, keeping our hands off the walls, parking our cars in the farthest parking spot just to ensure that no one dings the car, or deciding to use scissors instead of teeth, or upgrading to first class, all while using a napkin. David conquered this world and is now living a greater life than we are into the arms of his “Maker,” with humility, readiness and knowing he was loved. David’s legacy will forever be engrained with the Drew family, his green-eyed grandchildren, being the “the brains of the family,” all while possessing resilience, pride and grit. He will soon be resting with his parents, Oliver and Mary Nell Drew, and his adored grandmother, Sarah Moore and grandfather, Leo Moore. In lieu of Flowers, please donate in honor of David’s Serenity prayer being answered, to http://www.memphis-aa.org/make-a-contribution. The visitation will be held from 11:00 a.m. until the graveside service time at 12:00 p.m., Tuesday, December 28th, 2021 at Memorial Park Funeral Home and Cemetery, 5668 Poplar Ave. Memphis TN 38119. To view the memorial tribute video. Click the link below. https://www.tributeslides.com/tributes/show/3PJD7QYX4XBWQXH6

David Keith Drew, 64, of Memphis, TN, passed away on Thursday, October 7, 2021, at Methodist Hospice in Memphis, TN, while receiving and knowing he was loved. David is survived by his two daughters, April Drew and Leiah Drew-Hightower, and... View Obituary & Service Information

The family of David Keith Drew created this Life Tributes page to make it easy to share your memories.

Send flowers to the Drew family.