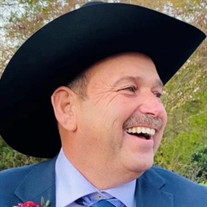 Carlos Ochoa Alanis “Charly”, 65 years of age passed away on January 11, 2021, at the Baptist East Memorial Hospital. Carlos was born on March 19, 1955, in General, Teran Nuevo Leon, Mexico, to the late Miguel Angel Ochoa and proceeded by Olivia Alanis. He was the second eldest of ten brothers and sisters. He was united in holy matrimony to Rosalinda Sosa in March of 1978. This union was blessed with three children Yolisma, Lorena, and Neyely. In 1987, he moved to Memphis, TN to pursue a job in the swimming pool construction industry. In 1995, being an entrepreneur, Carlos became a partner of Classic Tile & Plaster, LLC. Bringing his brothers along; would become life changing for all and many other families. As a result of his loving, humble, and honest character he became loved and respected not only by his employees but also by those who met him. His lifelong dream was that after his passing the growth of the company would continue for many years with his daughters, brothers, and all of his family working together to continue the legacy. Carlos was a devoted husband, father, grandfather, and father-in-law proceeded by his wife, three daughters, five grandchildren, and three sons-in-law, which will dearly miss his tender soul. The family will receive relatives and friends on Wednesday, January 20 from 1:00 pm until the time of the funeral service at 2:00 pm at Memorial Park Funeral Home and Cemetery, 5668 Poplar Avenue in Memphis. The funeral service will be webcasted and can be viewed at the following link: http://webcast.funeralvue.com/events/viewer/45572

Carlos Ochoa Alanis “Charly”, 65 years of age passed away on...