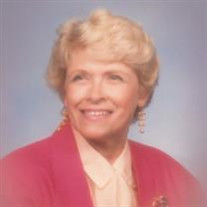 Betty Baker Hurt, 83, passed away peacefully on August 6, 2020. Betty was born in Helena, AR and grew up traveling with her family along the Mississippi River as her father was constructing levees in the 1930’s. She graduated from high school in Vicksburg, MS. Betty was preceded in death by her parents, Mary Louise and Ashby Aldridge. She is survived by her loving husband, John Hurt III, and two devoted sons, Russell (Shelly Ann) of Denver, Colorado, and Mark (Kim) of Atlanta, Georgia, and eight grandchildren whom she loved beyond measure: Jessica (Nicholas) Wimmer, Joel, Daniel, Joshua, Andrew, Allissa, Emily and Erica Baker. Betty’s 40-year career in education began after her graduation from the University of Virginia. She taught in Shelby County and became an administrator for Memphis City Schools after receiving her Master’s Degree while an instructor for graduate students at the University of Memphis. Her innovation and creativity at MCS earned her the title of Director, Division of Instructional Support/Extended Learning. During her tenure Betty was able to establish the Orff Music Program, Homework Hotline, Title II programs, direct the ESL, Driver’s Ed, and ROTC programs and developed curriculum for students and professionals as well as setup Summer School and Extended Contract for teachers. Her community leadership included serving on many boards of directors including The Pink Palace Family of Museums, Memphis Botanic Gardens, Brooks Museum, Volunteer Memphis, and the Mayor’s Youth Council. Betty also spent time writing, producing, and directing public educational programs for WKNO. She received numerous awards including the National Award for “The Museum Lives,” The Tennessee School Bell Award and the SECA Certificate of Merit for designing a television series called ComputerBreak. Betty and John’s deep faith called them to teach Sunday school to the youth for several years at Asbury Methodist. After retirement Betty enjoyed tennis, golf, painting, music and visiting the grandchildren. The family expresses appreciation for the excellent care provided by Page Robbins Adult Day Care, The Gardens of Germantown, and Crossroads Hospice at St. Francis/Bartlett. A private memorial service is planned for immediate family on August 22 at Memorial Park Funeral Home. Gifts in memory of Betty may be made to Page Robbins Adult Day Center, 1961 S. Houston Levee Road, Collierville, TN, 38017. Personal condolences can be sent to www.memorialparkonline.com.

Betty Baker Hurt, 83, passed away peacefully on August 6, 2020. Betty was born in Helena, AR and grew up traveling with her family along the Mississippi River as her father was constructing levees in the 1930&#8217;s. She graduated from high... View Obituary & Service Information

The family of Betty B Hurt created this Life Tributes page to make it easy to share your memories.

Send flowers to the Hurt family.