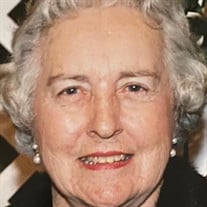 Betsy H. Brunson, 97, passed away, October 27, 2021. She was born on March 29, 1924, to Norman and Delma Houston in Fulton, Kentucky. She graduated from Fulton High School, attended Western Kentucky University, and became a flight attendant for Chicago Southern Airlines. She was an avid golfer and a longtime member of Windyke Country Club where she was a charter member of WLGA. She was also a member of MAWGA, and Tri-State. Not only was she an avid golfer but also an avid bridge player. She was a member of the Princeton Park Garden Club, Charter member of the Heritage Woman’s Club, and also charter member of the GPAC Guild. The state of Tennessee honored her with the Germantown Hero Award “as the result of diligence, devotion, and dedication and an indication of her true character”. She was very active in many civic activities in the city of Germantown. She was preceded in death by her parents and brother, Lynn Houston. She is survived by her husband of 73 years, Chester Brunson, her daughter, Nancy Carey (Alan), grandchildren, Alan Carey (Debbie), Betsy MaKinster (Dean), and Lisa Campbell (James) and 8 great grandchildren, Madison and Taylor Carey, Gracie, Neely, Miller, and Hudson MaKinster, and Caroline and Dorothy Campbell. Visitation will begin at 10:30 am to be followed by a memorial service at 11:30 at Memorial Park Funeral Home Chapel, Tuesday, November 2, 2021 The family requests that memorial donations be sent to Germantown Baptist Church, where she was a member, or a charity of the donor’s choice.

The family of Betsy H. Brunson created this Life Tributes page to make it easy to share your memories.

Send flowers to the Brunson family.