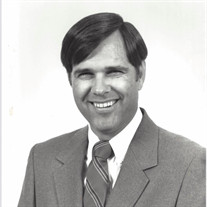 Winn Riley Stephenson, 78, passed away Saturday, January 22, 2022 at his home. He was born in Detroit, MI to the late Morris Holt Stephenson and Martha Riley Stephenson and was one of five children: Morris Jr., Joe, Stanley, and Martha Anne. Morris Jr. and Joe also precede him in death. He attended Snowden Elementary/Middle and graduated from Central High School. He attended Memphis State University and Christian Brothers University when he began work as a technical programmer and had been in the technology field ever since. His early technology career started at American Express and Cook, Industries. He then joined Federal Express in 1978 as a Manager of Communications Software and retired in 2004 as a Senior Vice President of IT at FedEx. He served six years in the United States Navy - two years active duty on the USS Aucilla and four years in the Navy Reserves. Winn served on the Board of Directors at William R. Moore School of Technology, Christian Brothers University and had a love/hate relationship on the Boards of several HOAs. He also started the Mid-South Chapter of the American Liver Foundation while fighting his own battle with liver disease. He was honored to receive a liver transplant in December 2010, which allowed him to live many more years to leave his mark on the world! Never one to shy away from attention, Winn always had a Dad joke, magic trick or story to tell. Laughter was his medicine. Winn’a favorite pastimes included MVPA, NASCAR, restoring old cars and hanging out with his family, especially his grandchildren and granddogs. He was proud to be a member of Hope Presbyterian Church for many years. Winn is survived by his loving wife of 52 years and 363 days, Judy, and their two daughters, Jennifer (Tony) of Orange Beach, AL and Kim (Kevin) of Lakeland, TN as well as his two beloved granddaughters - Hannah Riley and Hope Elizabeth. “Poppy” will be greatly missed and live in our hearts forever. There will be a private family graveside service until a Celebration of Life can be observed at a future date with no COVID concerns. In lieu of flowers, donations may be made to the James D. Eason Transplant Institute at Methodist University Hospital, Forever Young Veterans, or your charity of choice. If you would like to leave a note in his memory, please go to https://www.kudoboard.com/boards/xOPO3LMk#view.

The family of Winn Riley Stephenson created this Life Tributes page to make it easy to share your memories.

Send flowers to the Stephenson family.