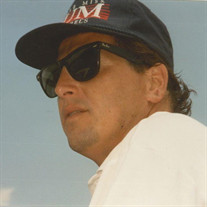 William leaves a legacy of love and integrity with his family and those who knew him. He has left behind wonderful memories of a loving husband, devoted father, friend, and mentor to many. We are grateful for each day that he shared his wit, his wisdom, and his steadfast faith in the Lord. William Allen Whitsitt was born in Memphis, TN on March 13th, 1958, and was suddenly called home by his Savior on August 21st, 2020. A graduate of Memphis University School, William went on to the University of Mississippi, where he was a member of Phi Delta Theta Fraternity. He fell in love with many things special to Oxford: The Gin, Sardis Lake, Kiamie’s (especially Mae Helen’s cooking), and of course, the Ole Miss Rebels. Known to many as “Willie,” he was a fierce and loyal friend who knew how to have a good time and always made sure everyone else did too. After returning to Memphis, William began a career as a residential contractor that would span over forty years. He was well known for his knowledge, expertise, and creativity. Those who knew him well, however, will also remember him for his headstrong nature and unflinching honesty. It is for these reasons he was well respected in his field and will be missed by many. A competitor at heart, William found his true calling in life when he began coaching young athletes. Though his title may have been coach, he recognized an opportunity to be much more for his players. To William, every moment was a teaching moment, both on and off the field. His lesson was simple: Play to win, win humbly, and when you lose, do so with grace. In the end, he did what he asked of his team - he left it all on the field. William enjoyed Friday night lights, family weekends at the lake, and hunting, whether it was for doves, ducks, or a good bargain. Most important to him though was his faith and his family. He lived every day with a servant’s heart. The Lord was first, his family was second, and he was always third. William is survived by his wife of twenty eight years, Patricia, his daughters, Emily Alexander (Allie) and Virginia Allen, and his stepdaughter, Shannon McAteer. He also leaves a sister-in-law, Ren Whitsitt, his brothers-in-law Michael Gunn and Reg Steele, and nieces and nephews: Trey, Bradley, and Coleman Whitsitt, Christopher and Sarah Steele, and Jaren Moore. He is preceded in death by his parents John and Mildred Whitsitt, his brother John Whitsitt Jr., and his sister Virginia (Ginger) Steele. Arrangements have been entrusted to Memorial Park Funeral Home and Cemetery, 5668 Poplar Avenue, Memphis, Tennessee 38119. The family will receive visitors on Thursday, August 27 from 11 a.m. to 1 p.m. followed immediately by a memorial service celebrating his life. In lieu of flowers, the family requests donations be made in William’s honor to Madonna Learning Center in Germantown, Tennessee.

William leaves a legacy of love and integrity with his family and those who knew him. He has left behind wonderful memories of a loving husband, devoted father, friend, and mentor to many. We are grateful for each day that he shared his wit,... View Obituary & Service Information

The family of William Whitsitt created this Life Tributes page to make it easy to share your memories.

William leaves a legacy of love and integrity with his family...

Send flowers to the Whitsitt family.