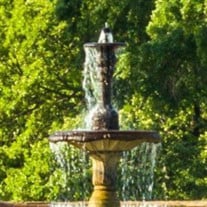 William P. Routt was born in Nashville, Tennessee November 28, 1940, to Robert and Martha Routt. He passed away at home in Memphis, Tennessee, June 3, 2021. He graduated from East High School, Memphis. Bill loved gathering with his high school class mates over the years. Bill and his wife of 51 years, Joy, were blessed to be able to live throughout the United States with various corporate promotions. Living in Florida, California, Chicago, and finally New York City where he was General Sales Manager of the GAF Corporation for many years. One of their favorite hobbies during this time was traveling through-out the world from skiing in Switzerland, to playing on the beach in Hawaii. He also had many interesting stories of the adventures into China before China was opened to the world. Eventually they decided to move back to Memphis where he was involved with the development of international Hampton Inns. In the 90s, Bill left Holiday Inn and opened his own business, Express Packaging, in Bartlett, Tennessee, where he enjoyed working with his brother, Donnie, and his assistant Teri, as well as many other associates in the retail world. Some of Bill’s favorite things were playing tennis at the Racquet Club of Memphis, watching the Junior National Tennis Championships, fishing, and taking his grandson and nephews to his favorite, Gibson’s Donuts. He was a long time member of St. George’s Episcopal Church, Germantown, Tennessee where he served on the vestery. He taught Sunday School for many years and headed up the Taste of St. George’s dinner. Bill was on the Board of Trustees for St. George’s School, and also for St. Peter’s Catholic Charities. Bill was most proud of their daughter, Courtney, her husband, Michael and their son, Miles, whom he loved dearly. Those who know him would say he could talk for hours about his daughter’s awesomeness. William is predeceased by his parents, Robert and Martha Routt and his older brother, Bob. He is survived by his wife, Joy, and his daughter, Courtney (Michael), and grandson, Miles. He is also survived by his brothers Larry and Donnie Routt, and his nephew, Lawrence, and niece, Avery Routt, and his sister-in-law Maria Routt. In lieu of flowers, the family asks that memorials be directed to Room in the Inn, St. George’s Episcopal Church, Germantown. There will be a memorial service for Mr. Routt on Tuesday, June 8 at 1:00 pm at St. George's Episcopal Church, 2425 S Germantown Road in Germantown.

William P. Routt was born in Nashville, Tennessee November 28, 1940, to Robert and Martha Routt. He passed away at home in Memphis, Tennessee, June 3, 2021. He graduated from East High School, Memphis. Bill loved gathering with his high... View Obituary & Service Information