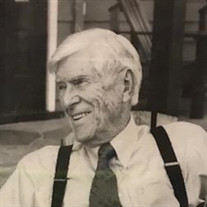 William Vernon Pruett, Jr. age 92 of Germantown, Tennessee, passed away on March 4, 2022 in Memphis, Tennessee Bill was born March 4, 1930, in Dexter, Missouri, to William V., Sr., and Ann West Pruett. He was preceded in death by his parents, grandparents, and his beloved daughter, Patricia Pruett Parker. He received his undergraduate degree from Arkansas State College. Upon graduation, he served 4 years in the United States Air Force. He then attended the University of Missouri, Columbia for his Master's degree in business and finance. His first career job was with what is now United Missouri Bank in Kansas City, Missouri, where he was an investment analyst. While in Kansas City he met Carole Horan, they later married and had two daughters. Bill had a daughter, Karen, from his first marriage. Bill’s career path then led him to Boston, Massachusetts, where he was Director of Research for Massachusetts Investment Trust. While in Boston he was recruited and accepted the position of President of First Tennessee Investment Management, in Memphis, Tennessee. He was there until his retirement. Not that he ever really retired. He kept up with the markets until the very end and also did consulting. He loved his career, and at one time was a recognized expert in the Bond Market. He was one of the Investment Advisors to Bell South, St. Jude’s Children’s Hospital, and the Paper Workers Union, plus many others. Board positions included State of Tennessee Pension Fund, Arkansas State University Advisory Board, and a charter member of Certified Financial Analyst Association. He was President of the local chapter for many years. His greatest accomplishment was his devotion to his family. Those left to mourn him are Carole Horan Pruett, Germantown, Tennessee, daughters Kimberly Pruett Compton (Ron), Seal Beach, California, and Karen Pruett Norton (Tucson, Arizona), 7 grandchildren and 11 great-grandchildren, William Ryan Parker (Austin, Texas), Patrick Parker (Greer’s Ferry, Arkansas), his sons Avery and Emory, Clare Parker ( Greer’s Ferry, Arkansas), Abby Norton Floyd (Scott) and her children Kyra, Myles, Hayley, Sophy, Clay and Lily, Molly Norton Garcia and her children Reese, Cademon and Piper, Jay Norton, and Peter Norton. The family suggests memorials to St. Jude’s Children’s Hospital, The Salvation Army, or to a charity of the donor’s choice in memory of Mr. Bill The Pruett Family wants give special thanks to Bill's loving and caring caregivers, Bea, Melva and Cindy. Funeral services for Mr. Pruett will be held on Saturday, March 12, 2022 at 11:00a.m. here at Memorial Park Funeral Home in our Riverside Chapel. The Family will receive friends for visitation an hour prior to the service from 10:00 a.m. to 11:00 a.m. Private burial services will take place at Memorial Park.

William Vernon Pruett, Jr. age 92 of Germantown, Tennessee, passed away on March 4, 2022 in Memphis, Tennessee Bill was born March 4, 1930, in Dexter, Missouri, to William V., Sr., and Ann West Pruett. He was preceded in death by his parents,... View Obituary & Service Information

The family of William "Bill" Vernon Pruett Jr. created this Life Tributes page to make it easy to share your memories.

Send flowers to the Pruett family.