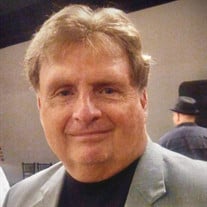 Timothy L. “Tim” Sumner, 72, of Germantown, TN passed away on December 19, 2019, surrounded by his family after a valiant 7-month battle with lymphoma. He was preceded in death by his parents J. Perry and Hattie R. “Becky” Trout Sumner of Hessville, IN. Tim is survived by Diane Kerr Sumner, his bride of 50 years, his three sons and daughters-in-law Darrel (Michelle), Chris (Melissa), and Cory (Shelley), as well as the Sumner grandchildren Zac (Quinn), Nate, Kyle, Ann-Elise, Preston, Samuel, Brady, Hailey, Dedi, and Miles Craven. Tim was born in East Chicago, IN on March 28, 1947 and grew up in Hessville, IN attending Hammond Morton High School (class of 1965), where he met his future wife, Diane Kerr (class of 1966), also of Hessville, IN. After graduating from Taylor University (Upland, IN) as a 4-year Trojan varsity baseball letterman, Tim and Diane wed on June 14, 1969, and made their first home in Upland, IN. Tim began his career as an educator and coach at Eastbrook Schools (Marion, IN) serving in various roles from principal to teacher and coaching basketball, football and baseball, serving as the Eastbrook High School Panthers varsity head baseball coach from 1972 through 1982, amassing a 250-111 record including a 24 game winning streak in 1973 (at the time an Indiana state record) and 22 conference, tournament, and league championships. Tim was named “Coach of the Year” 8 times on a local and regional level and was twice nominated for Indiana State High School Baseball “Coach of the Year” by the Indiana High School Baseball Coaches Association. Tim went on to earn a master's degree from Ball State University (Muncie, IN) and then a doctorate degree in Educational Leadership (Ed.D) at Mississippi State University (Starkville, MS) as a graduate assistant baseball coach from 1983 through the 1985 season, which included SEC and Regional Championships and a 3rd place finish in the NCAA College World Series. In 1987, Tim was named Director of the Center for Athletic Academic Student Services and NCAA Compliance Officer at Memphis State University (Memphis, TN). Under Tim’s leadership, “Tiger Academics” gained national acclaim from USA Today, Sports Illustrated, ABC World News Tonight, The College Football Association, and The Chronicle of Higher Education for significant improvement in MSU Tiger Student Athlete graduation rates, Grade Point Average, as well as other key academic success measures. In 2001, Tim left the field of collegiate athletic academics to pursue full-time youth baseball and softball instruction, which he began on a part-time basis in 1989. In 2002, Tim co-founded Batters Box Baseball with his son Cory, an endeavor which steadily grew, culminating in 2009 with the opening of a 19,000 square foot facility in Collierville, TN, dedicated to instruction of youth baseball and softball players from around the Memphis, TN/Mid-South area. The Batters Box Baseball organization has grown to include 22 competitive youth baseball teams for ages 6-18 serving hundreds of players and families. Affectionally known as “Coach Tim”, “Dr. Tim” and “Coach Sumner” by his students, Tim impacted over 8,000 athletes and families through his career seeing 450 of his students go on to play collegiately and/or professionally. The hallmark of Tim’s instruction went well beyond baseball or softball technical instruction and extended deeply into life and faith. This was where Tim found his greatest joy and fulfillment in life - seeing young people and their families thrive athletically, emotionally and, most importantly to Tim, spiritually through what he passionately and affectionately referred to as “The Game”. The family will receive friends Friday, December 27, 2019 from 10:30 A.M. to 1:00 P.M. at Central Church, located at 2005 Winchester Blvd, Collierville, TN 38017. A Celebration of Life Service will be held at 1:00 P.M. immediately following visitation at Central Church. In lieu of flowers, memorials can be made to Life Choices (lifechoicesmemphis.org) or Love Worth Finding Ministries (lwf.org).

The family of Timothy Sumner created this Life Tributes page to make it easy to share your memories.

Send flowers to the Sumner family.