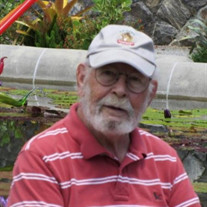 Thomas Milton Nathan, architect, died from complications of Graves’ disease March 25, 2020 in Memphis, Tennessee. He was 89 years old. Born in Memphis July 4th 1930, Tommy graduated from Central High School in 1948. He received his Bachelor’s Degree of Architecture from Carnegie Institute of Technology (Carnegie Mellon University) in 1953 and his Master of Science in Architecture from Columbia University in 1956. He served two years in the U.S. Army as a cartographer attached to The Infantry School at Fort Benning Ga. He continued to produce maps for family members’ travels, his favorite spots to travel - such as Martha’s Vineyard and the Virgin Islands - and for Memphis: An Architectural Guide, a book by Eugene Johnson & Robert Russell, Jr. In 1958, he co-founded Gassner & Nathan Architects with Francis Gassner, which, with the addition of Robert Lee Browne, became Gassner/Nathan/Browne, Architects & Planners. The firm designed many notable projects including residences, schools, college and university projects, religious facilities, medical facilities and office buildings - many of which won awards for design. Of the many projects he was involved in, he was particularly proud of the Hollis Price Library at LeMoyne-Owen College in Memphis, the Leontyne Price Library at Rust College in Holly Springs, MS, the Married Student Housing at Vanderbilt University in Nashville, TN, and Temple Israel in Memphis. He was active in the American Institute of Architects and was named a Fellow in 1983. He served as President of the Memphis Chapter AIA, President of the Tennessee Society of Architects and as a National Board Member and Vice President from 1987 to 1991. During this time on the National Board, he was active on the Professional Liability Commission. In 1981, he received the annual Francis Gassner Award for Outstanding Contributions to the Advancement of the Profession of Architecture (given by AIA Memphis and named in honor of his late partner and friend). He also served for five years as a member of the Board of Advisors of the School of Architecture at the University of Tennessee. Tommy was active in local affairs, serving as a Board Member of Temple Israel of which he was a long time member. He served on the Boards of the Memphis Academy of Arts, Front Street Theater, LeMoyne-Owen College, Playhouse on the Square and was a founding member and a President of the Central Gardens Association. He was also a Charter Member of the Wolf River Society where he spent many a stimulating lunch with life-long friends. He enjoyed golf and poker with his friends in Boone, NC and Memphis, as well as calligraphy, cooking, map making and collecting, reading history and biographies, and travel. Tommy leaves his wife of 29 years, Constance Blair Nathan, three children and three step children; Paul Nathan, Wayne Nathan, Laura Nathan, Colin Billings (Dominique), Angus Blair (Anna), and Patrick Blair (Lori), and eight grandchildren: Adam, Ben, Leithan, Matilda, Mac, Eli, Coley and Lennon. A private family funeral will be held. Contributions may be made to Temple Israel, Memphis Inter-Faith Association, or the Memphis Humane Society.

The family of Thomas Milton Nathan created this Life Tributes page to make it easy to share your memories.

Send flowers to the Nathan family.