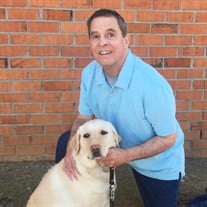 Not sure what to send?

Thomas “Tinker” Gannon Clary, age 64, of Memphis, Tenn., died on May 10, 2022. He was born in Atlanta, Ga., to the late Thomas and Mary Louise Clary on September 10, 1957. Raised in Chattanooga and Memphis, Tinker graduated from Memphis Catholic High School in 1975 and attended the University of Memphis. He moved back to Atlanta where he served the DeKalb County School District as an electrician for 10 years. In 1995, Tinker returned to Memphis to be closer to family. Tinker lived his life with determination, perseverance and unending resiliency, which is perhaps why he enjoyed a spirited debate. During his time in Memphis, he was a volunteer and avid follower of Rhodes College Athletics. He was an enthusiastic learner, listening to as many electronic books as he could acquire and most recently continuing his education at Southwest Community College to fulfill his lifelong goal to earn his bachelor’s degree. Tom is preceded in death by his parents, dear cousin Wade Webster, brother-in-law Billy Burke, and his beloved guide dog and companion, Tahoe. He is survived by his siblings Lynda Clary-Burke of Covington, Ga., Cindy Clary Kramer and Mike Clary (Nancy) of Memphis, his uncle Don Clary (Gail) of Greensboro, Ga., and many cousins, nieces and nephews. Tinker is also survived by his guide dog and companion Jonesy, who he adored, as well as many friends who loved him dearly. The family will remember Tom Clary in a Celebration of Life at 1 p.m. on Saturday, June 4, in Memphis at Rhodes College, Bryan Campus Life Center, Crain Reception Hall. In lieu of flowers, donations may be made to Southeastern Guide Dogs. Arrangements by Memorial Park Funeral Home & Cemetery.

The family of Thomas "Tinker" Gannon Clary created this Life Tributes page to make it easy to share your memories.