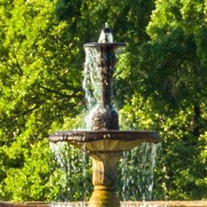 Suzanne Bowin passed peacefully on January 7, 2020 after fighting the good fight. She is best described by William Shakespear, “though she be but little she is fierce”. Born September 16, 1945, in Memphis she was a beautiful child even winning a beauty contest as “Miss Overton Park”. As cheerleader at Central High School, she exhibited enthusiasm and competitiveness, which continued through her life. After becoming a Chi Omega at University of Tennessee, Martin, and graduating from University of Memphis (Memphis State), she was a stewardess for both Southern and Republic Airlines and traveled extensively. She loved exploring history and playing trivia. Following her innate sense of style and beauty, she was certified as an interior designer for commercial and residential clients. She found another creative outlet by joining the style team at Kitty Kyle, where she could indulge her flair for couture and exclusive, original design. Her love of beauty and excellence extended to fashon, food, design and theatre. Her whimsical sense of fun always added that extra charming touch to whatever she did. Suzanne was active in Josephine Circle, Pegasus, Germantown Performing Arts Guild, 20th Century Garden Club, Germantown Presbyterian Church and others too numerous to mention. She also served on the Arts Council for the city of Germantown. She was preceded by her parents Edward K. and Daphine Shull Hague and is survived by her beloved son Jeffrey Daniel Bowlin, sister Carolyn Hague and many special treasured friends. The family is most grateful to the dedicated doctors and nurses, who extended her life. The family will receive relatives and friends on Monday, January 13, 2020 from 11:00 am until the time of the funeral service at 12:00 pm at Germantown Presbyterian Church, 2363 South Germantown Road in Germantown. The burial will be held immediately after at Memorial Park Cemetery, 5668 Poplar Avenue in Memphis.

Suzanne Bowin passed peacefully on January 7, 2020 after fighting the good fight. She is best described by William Shakespear, &#8220;though she be but little she is fierce&#8221;. Born September 16, 1945, in Memphis she was a beautiful child... View Obituary & Service Information

The family of Suzanne Hague Bowlin created this Life Tributes page to make it easy to share your memories.

Send flowers to the Bowlin family.