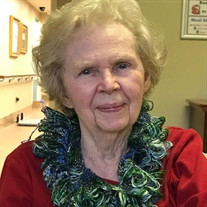 Sara “Alice” Davis, age 90, of Germantown, Tennessee passed away peacefully on February 16, 2022, at The Memphis Jewish Home. Alice was preceded in death by her husband, Robert E. Davis, and daughter, Becky Davis Stallings. Alice grew up in Sardis, Mississippi. She attended MSCW, then the University of Mississippi where she received a BA in English Education. Alice received her certification in Library Science and later, her MS in Library Science from Memphis State University. In Memphis, she began her career as an elementary school librarian with the Memphis City Schools. She shared her love of books and reading to hundreds of school children and to her own children and grandchildren. Alice was a charter member of Asbury United Methodist Church in Memphis. She was a member of the UMW and was a church librarian for many years. She was a supporter of Dixon Gallery and Gardens, Memphis Botanical Gardens, and Theatre Memphis. Alice is survived by son-in-law, Scott (Becky) Stallings of Memphis, son and daughter-in-law, Robert and Mariel Davis of Germantown, and daughter and son-in-law, Merry and Andrew Mariano, of the Netherlands. Alice leaves seven grandchildren: Emily and Sara Stallings of Memphis, Walt (Diana) Stallings of Chicago, Lauren Stallings (Caleb Hanks) of Memphis, Stephen Davis of Los Angeles, Allie Mariano (Patrick Fisher) of Little Rock, and Carolyn (Alex) Villarreal of Portland, OR. She leaves two great-granddaughters, Ginny Hanks and Madison Villarreal. Alice also leaves her brother and sister-in-law, Bob and Sue Keys, of Hermiston, Oregon, and many dear nieces and nephews. A visitation and reception will be held on April 23 at 12:30 p.m. followed by a memorial service at 1:30 p.m. at Asbury United Methodist Church in Memphis. Memorial contributions can be made to Porter Leath Books from Birth https://www.porterleath.org/books-from-birth or to Asbury United Methodist Church.

The family of Sara Alice Davis created this Life Tributes page to make it easy to share your memories.

Send flowers to the Davis family.