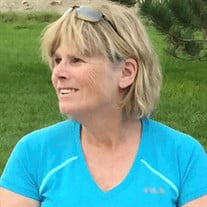 Ruth Strom Tranas, age 72, passed away at her home in Murfreesboro, Tennessee, surrounded by family, on May 9, 2021. She was born on April 2, 1949 in Boston, Massachusetts to her parents Roy and Beatrice Strom, who preceded her in death. She was a loving daughter, sister, wife, mother, aunt, and grandmother to her large family. She was the younger sister of Carol Bolin, Robert Strom (who preceded her in death), Jean Gulley, Susan Thacker, and older sister of Lawrence Strom. After growing up in the Atlanta area, she moved to Iowa to finish nursing school. It was there she met Richard Tranas. After having only known each other for four months, they married and remained together for almost 51 years. After living in Iowa and New Jersey, Ruth and Richard moved to Memphis, Tennessee where their family would soon grow. Ruth was a woman of many trades. Throughout her life, she worked as a nurse and a real estate agent, and even co-owned a sandwich shop at one point in time. Ruth also lived in many different areas of the country with Richard besides Iowa, New Jersey, and Tennessee, including: Florida, Wyoming, and Colorado. However, ultimately they would always return to Tennessee. One of Ruth’s main prides in life were her daughters and her granddaughters. She loved spending as much time as possible with them. She loved playing video games and watching Marvel movies with them. She was always there to help out in her grandchildren’s classrooms and assist them with whatever they needed. Ruth was also an avid dog lover, with a special love for her companion, Lucy, who was her favorite little Chihuahua-Dachshund mix. She was very proud of all her daughter’s accomplishments and their respective children. Ruth is survived by her husband, Richard Tranas; her daughters & their spouses, Corry & Paul Mazerac, Nichole & Kevin Rudowski, and Robin Tranas; her granddaughters, Peyton Tranas, Lily Mazerac, Sophie Ray, Marielle Mazerac, Paisley Mazerac, Emma Ray, Kallie Abbott, Isabella Rudowski, Addison Abbott, Olivia Rudowski, and Nora Beach.

Ruth Strom Tranas, age 72, passed away at her home in Murfreesboro, Tennessee, surrounded by family, on May 9, 2021. She was born on April 2, 1949 in Boston, Massachusetts to her parents Roy and Beatrice Strom, who preceded her in death. She... View Obituary & Service Information

Ruth Strom Tranas, age 72, passed away at her home in Murfreesboro,...