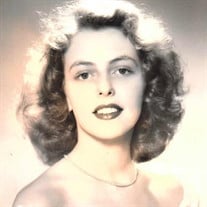 Ruth McCown Drewry Passed away peacefully in her home early Saturday morning, August 28, 2021. She was the eldest of seven children born to Ruth Harwood McCown (Fly) and Dr. Oswald Stuart McCown, Jr on October 8, 1930. She is survived by one brother, James E. “Jimmy” McCown (Connie)with her other siblings gone before, Stuart McCown (Aggie), Dr. Dillard McCown, Frances McCown Whittinghill, Richard McCown and Murray Harwood McCown. She leaves her loving husband of over 70 years, William P. “Bill” Drewry, and children Elizabeth Drewry, Ruth Drewry Moncilovich (Tom), Dr. William Rice Drewry, (Theresa) and Suzanne Pauline Drewry, along with five grandchildren ( Neil DeTrana, Zach Moncilovich, Lauren Drewry, Rachel Drewry, and Daniel Drewry)and four great grandchildren ( Ellie, David, Matthew, and Chris). She was preceded in death by two children, William P. Drewry, Jr and Ellen Drewry Adams (Scott). Ruthie, as she was known to her friends, was born and raised in Memphis except for early high school when her family lived in New Orleans while her father was stationed there during World War II. They returned to Memphis and she matriculated at Hutchison School, where she made lifelong friends. Shortly after high school, she met and married Bill Drewry on October 14, 1950, and started their family in 1951. Neighbors in the Prospect Park subdivision became forever friends, especially the Cook and Blackwell families. She was active in the Junior League of Memphis and Madonna Circle while raising six children. She later worked for Genuine Parts Company for several years as the store’s chief clerical secretary. She was a fine seamstress, often sewing her daughters’ dresses, and after retirement she found great delight in starting a small antiques business. She had a large circle of friends including her cousin, the late Weetie Phillips and “dancing sisters “ Betty Jo Macyauski and Judy McCown. Above all, she was a loving wife, mother, grandmother, and great grandmother, roles which she cherished throughout her life. A special thank you to her loving caregivers, Fayzeo, Gracie, Janice, Roshena and Sandy for their excellent care allowing Ruthie to remain in her home through her final days. There is no public service scheduled at this time but hope to have a celebration of her life in the near future. In lieu of flowers, the family ask that she be remembered with donations to a charity of your choice.

Ruth McCown Drewry Passed away peacefully in her home early Saturday morning, August 28, 2021. She was the eldest of seven children born to Ruth Harwood McCown (Fly) and Dr. Oswald Stuart McCown, Jr on October 8, 1930. She is survived by... View Obituary & Service Information

The family of Ruth McCown Drewry created this Life Tributes page to make it easy to share your memories.

Passed away peacefully in her home early...

Send flowers to the Drewry family.