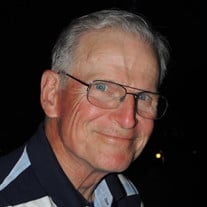 Rodney G. Elliott, age 84. Beloved father, husband, grandfather, brother, and uncle, passed away peacefully accompanied by family at The Village of Germantown on June 19, 2020. Rod was born June 27, 1935 in Middleburg, Kentucky to Myra and Lloyd Elliott. He lived and practiced medicine in Memphis, TN since 1969, and survived his wife of 62 years, Ann Elliott—whom he met in high school—by three months. Rod attended the College of William and Mary, where he served as president of his sophomore class, as well as president of the Honor Council, and vice president of both the Interfraternity Council and Omicron Delta Kappa (a leadership honor society) in his senior year. He was also inducted into Phi Beta Kappa during his junior year and served as president of his beloved Kappa Alpha fraternity, in which he maintained a lifelong involvement. A stellar athlete, Rod was a walk-on football player in his freshman year at William and Mary, and went on to play intramural football, basketball, softball, wrestling, ping pong, and swimming. In 2001, he was inducted into the Tennessee Amateur Athletic Hall of Fame for his role as pitcher and home run hitter in a AAA competitive slow pitch softball league. Rod earned his medical degree from the Medical College of Virginia in 1961, becoming a member of the Alpha Omega Alpha Honor Medical Society in 1960. He served an internship with the U.S. Public Health Service (USPHS) in Seattle, WA, and he completed his urology residency in Staten Island, NY. He completed three years as Deputy Chief of Urology/Senior Assistant Surgeon with the USPHS in Seattle from 1966-69. In 1969, he moved with his wife and two children to Memphis, TN to begin his private practice in urology, which he continued until 2005. In Memphis, Rod led development of the Urodynamics Lab at Baptist Hospital where he also served as secretary of the medical staff and on the executive committee. He also served as a clinical instructor in urology at the UT School of Medicine from 1969 to 1979, and as Assistant Clinical Professor in Urology from 1979 to 2005. In the words of one former co-worker, “He was admired and respected by all who knew him.” Dedicated to providing medical care for all, he chose his private practice partner partially on the basis of an agreement to be able to provide care without charge to those who could not afford it. With a caring and jocular bedside manner, he endeared himself to his patients. He also served on the board of the Mid-South Foundation for Medical Care and Planned Parenthood, where he volunteered his services for many years along with giving his time to the Church Health Center as well. Beyond his professional and athletic accomplishments, Rod was a beloved organizer of social events. He started the highly popular “Red Neck Romp,” an annual country music social gathering that ran for close to a decade. He also founded the “Memphis Poker Assemblage,” which is still going strong after 50 years, and organized an annual “Mosquito Invitational Golf Tournament” held annually on golf courses throughout the Mid-South from 1992 to 2014. He also helped to organize many ski trips to the Rockies and to Europe. He gained his pilot’s license, including instrument rating, in 1973 and traveled in a 4-seater Cessna around the country for approximately 10 years. A fiscally conservative free-thinker, Rod and his family attended the Unitarian Universalist Church of the River for many years. The KA injunction is that "Acquisition of knowledge is the unending business of the Soul.” When interviewed for the tercentenary of William & Mary about his receipt of the Carr Cup—awarded to a graduating senior on the basis of character, scholarship and leadership—he said, “I don’t look on these nice words as a goal but rather as a description of what went before. Character is a summation of one’s response to life’s challenges; we’d like it to be good, but it’s defined by interaction over a long period of time. I’ve always felt life was one long learning experience.” All who knew him cherished what they learned from him about friendship, loyalty, and the enjoyment of life. He is survived by his daughter, Karen Gregg Elliott, his son, Rodney Bain Elliott, his granddaughter Mariel Elliott, as well as a brother, Maurice Elliott, and two sisters, Dana Doran and Bridget McDonald, plus six nieces and nephews, and 10 great-nieces and nephews. Gifts can be made to the College of William & Mary HEYFARL (Hundred Each Year For A Rising Letterman) Program, which will go to establish an endowment for a walk-on football player in Dr. Rodney G. Elliott's name. Mail to: WMAEF, PO Box 399, Williamsburg, Va. 23187 or donate online at impact.wm.edu/elliott. There will be a graveside service on Wednesday, July 15 at 10:00 am at Memorial Park Cemetery, 5668 Poplar Avenue.

The family of Dr. Rodney G. Elliott created this Life Tributes page to make it easy to share your memories.

Send flowers to the Elliott family.