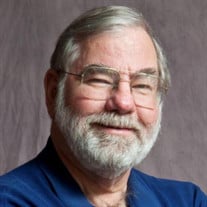 Robert Deal Westbrook (Bob, Dad, Daddy, Bobu, Mr. Bob) born on March 22, 1948, to Eva and Fred Westbrook, passed into his Heavenly Home Sunday, December 27, 2020 with his loving family surrounding him, reciting Bible verses and singing gospel songs to him. Bob had been fighting myelofibrosis for 12 years and was our hero for never slowing down or giving up. He graduated from Overton High School in 1966 where he was named Most Talented and won national and international accordion contests. He performed on the Ted Mack Amateur Hour during this time. He graduated from the University of Memphis with a Business Degree and also a degree in Music. He was Vice President of his fraternity, Lambda Chi Alpha, a member of ODK, a director for numerous sororities for All Sing, and listed in Who’s Who. During his college years, he worked at 6 Flags over Georgia and helped open Cedar Point, He studied piano in Paris. He worked as choir director for Trinity Lutheran Church, Holy Cross Lutheran Church, and First Evangelical Church- where he was a member for 38 years, He was also on the search committee for new choir director, a church greeter, and active member of the Cornerstone Class. He also was on many boards around town, including the St. Jude Board, Heart Gala. Board, was the official voice coach for Miss Tennessee, and Entertainment director for the Delta Fair. He was leader of a band- Bob Westbrook and the Entertainers and also Riverside Drive. During this time, he worked with celebrities such as the Beach Boys, Bob Newhart, Margarite Piazza, Kelley Cash, Cybill Shepherd, Rich Little and many others. Besides his children and grandchildren, his greatest joy was seeing his students grow and become successful. Some of his students have gone on to huge careers in music and tv such as Justin Timberlake, Britney Spears Lance Bass, Chris Young, Lucy Hale, Olivia Holt, Peyton List, Reagan Strange, Cory Jackson, Webb Dalton, Taylor Ware, Skylar Lane, Josie Todd, Ashley Wieronski, and many many others. N Sync also awarded him their first gold record. He was known for believing in his students and supporting and encouraging them wherever they were. He also led study tours to LA and NYC where he hired professional singers, actors, dancers to teach the students and had talent agents come, who signed many of his students. He had students on the Voice, AGT, and American Idol. He also led student and adult choir trips to Europe where they sang in St. Giles in Scotland, Westminster in London, Notre Dame in Paris, and the Vatican in Rome. His students also sang on various cruise ships in the Caribbean and the Pacific. One of his students said “He was a musical genius. He measured his success by the successes of his students”. Though our loss is unbelievably great, we can imagine him doing what he loved most: sharing his talent through worship and song praising his Heavenly Father, In his last moments, without being fully conscious, he was speaking to the choir about getting “it” right. Bob leaves behind his loving family: wife of 46 years- Cheryl Dando Westbrook; his much loved son- Kevin (Shannon) of Atlanta, Ga, much loved daughter, Keri, of New Cumberland, Pa, and his adored grandchildren: Charlie and Annie Westbrook of Atlanta. He also leaves his brother, Bill (Lois) of St. Louis, his cousins Dr. Hubert Dellinger and Carolyn Murphy, his much loved sisters-in law- Cindy Dando and Carol Simpson, and his brother in law and friend - Paul Simpson. He leaves numerous cousins, nephews, nieces, friends and his beloved students. The family wishes to thank Mary Ann Carpenter for her love, help, leadership and support, as well as his incredible doctor and friend, Dr. Sal Vasireddy, his Davita workers: especially Marsha and Terrance, and his home health professionals- Maggie and Ivy, Elite Medical Service especially Elizabeth, Mack and Owen. There will be a private family grave side service at this time, due to Covid, and a Celebration of Life later in the year at First Evan, In lieu of flowers, please send memorials to First Evangelical Church music ministry or St. Jude

The family of Robert Deal Westbrook created this Life Tributes page to make it easy to share your memories.

Send flowers to the Westbrook family.