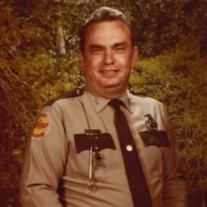 Robert Lee Roop, 85, of Memphis, TN, passed away on April 13, 2021. Robert was born on June 15, 1935 in Memphis, TN, to John Wilson Roop, Sr and Dorothy Weatherred Roop. Robert adored his sister, Laura Dee, and not a day went by that they did not spend quality time either on the phone or together. She was loyal to love and care for him no matter what the cost. He considered Dr. Morris Robbins, far more than a brother-in-law. He was a true brother and friend. When you saw one of these three, you naturally saw the other two. There was a very special bond between them because of the great love they shared. Robert's years of being in business with his brother, Henry, began early in life. As kids they had regular newspaper routes and yards of grass to cut. They worked together well and always looked out for each other. Years later, when Henry went off to the Navy, Robert decided to go see him. He hitchhiked all the way from Memphis to California with $60 in his pocket to get there and back. It was a surprise to Henry when he arrived, and Robert was secretly brought on board the ship. When the Commander discovered the stow-a-way, he quickly grew so fond of Robert that he asked him to come aboard permanently. But Robert's true love was with aircraft and flying. He went back home and joined the Navy Reserve. He and Morris, soon took flying lessons together, both got their pilot's license, and bought their first plane together. Years later he inspired his great nephew, Trenton to get his pilot's license at the age of 16. After serving in the Navy, Robert joined the Tennessee Highway Patrol. He made so many lifelong friends during those years. He would, without hesitation, tell you that those years were the best years of his life. He loved going to work. There were years that he never took a day off work because he would say that he didn't want to miss a thing! He considered it 25 years paid vacation with his friends. After retiring from the Highway Patrol, Robert once again, went to work with his brother, Henry. Robert joined Camper City Truck Accessories full-time and worked another 30 years alongside his brother, Henry and his nephew, Tim. A particular vacation that was so special to Robert was going to Yellowstone with his brother, Wilson, and their mother. It was a trip of a lifetime and had wonderful memories that they cherished. Robert looked up to Wilson a great deal. In 2001, Wilson passed away and Robert gladly took on his responsibilities at home. Over the years he made many friends through flying and was anxious and ready to take you up in his plane, even in his 80's. Robert had so many interesting stories of his life and he was known by all to tell you more than a few of them as you sat and visited with him. He was a loyal son, brother, brother-in-law, uncle, great uncle, Big Daddy to his great- great nephew and niece, and a true friend. Robert was preceded in death by his parents, John Wilson Roop, Sr. and Dorothy Weatherred Roop, brothers, Wilson and Henry. The family will receive relatives and friends on Tuesday, April 20 at 1:30 p.m. with a funeral service to follow at 2:30 p.m. in the Fireside Chapel of Memorial Park Funeral Home. Interment will follow in Memorial Park Cemetery. Memorial Park Funeral Home and Cemetery, 5668 Poplar Ave, Memphis, TN, 38119. (901)-767-8930.

Robert Lee Roop, 85, of Memphis, TN, passed away on April 13, 2021. Robert was born on June 15, 1935 in Memphis, TN, to John Wilson Roop, Sr and Dorothy Weatherred Roop. Robert adored his sister, Laura Dee, and not a day went by that they... View Obituary & Service Information

The family of Robert Lee Roop created this Life Tributes page to make it easy to share your memories.

Send flowers to the Roop family.