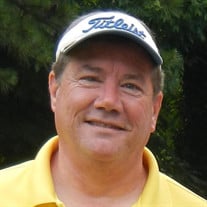 Robert Carl Pohlman (Bob), 67, died peacefully on July 16, 2021. Bob was preceded in death by his parents Dorothy and Raymond Pohlman, Jr. Bob was a beloved husband, father, grandfather, brother and friend. He leaves his loving wife, Debra Lynn Pohlman (Debbie). Bob and Debbie would have celebrated their 47th wedding anniversary on July 20. He is also survived by the couple’s three children, Jeremy Pohlman (Nicole), Jennifer Serakas (Brian) and Jason Pohlman (Nancy). Bob hung the moon for his five grandchildren, Violet, Jackson, Ethan, Davis, and Nikolas, whom he loved dearly. He is also survived by his six brothers, Ray (Anita), Steve (Susan), Jim (Mary), Mike (Catherine), Greg (Jeanne) and Jeff (Robin), sixteen nieces and nephews and eighteen grand nieces and nephews. To his family and friends, he was the guy who would do anything for you. No ask was too large. He was always there to help. A consummate salesman known for providing outstanding customer service, Bob spent the majority of his workaday life in the food and auto parts industries. He recently retired from AutoZone. Visitation will be Wednesday July 21, 4:30 to 7:00 pm @ Memorial Park Funeral Home. Mass of Christian Burial will be Thursday July 22, 1:30 pm @ St. Louis Catholic Church. If you so choose to honor Bob’s life, the family requests donations be made to Shriners Hospital for Children or the charity of your choosing. Rest in Peace “Bob Boy!”

The family of Robert C. Pohlman created this Life Tributes page to make it easy to share your memories.

Send flowers to the Pohlman family.