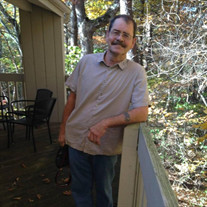 Raymond (Randy) Douglas Whiteside passed away Friday, January 21, 2022, in the comfort of his home in Memphis, TN. Randy was born in DeValls Bluff, Arkansas, on Nov. 3, 1948. A Vietnam Veteran, (Army Sgt. 1st Class) he performed many duties during his 20-year career in the military, including serving as a tactical communications chief, a photography specialist, a drill sergeant, as well as a military police officer. Honors and medals earned during service include the National Defense Service Medal, Vietnam Service Medal, Vietnam Campaign Medal, Vietnam Cross of Gallantry with Palm, Meritorious Service Medal, Army Commendation Medal, Army Achievement Medal, and Distinguished Marksman Award (rifle). After the military Randy joined the Augusta Police Dept. (5 yrs.), then the VA Police Dept, where he transferred to Memphis to be close to family. He enjoyed computers and ended up perusing a career in computer software that led him to his position as a Software Specialist for the Veteran’s Administration Hospital. (27 yrs.) Hobbies and interests included photography, bowling, playing pool, spending time with his family, and cheering on the Seattle Seahawks on Sunday. A friend of Bill W. for 26 years, he helped numerous people during his time of service. His favorite activities include spending time taking pictures at the zoo, traveling, fishing, and reading. He enjoyed Starbucks coffee every day. He also loved to cook. He loved nature, birdwatching, camping, gardening and had a special fondness for German Shepherds. Randy was preceded in death by his mother, Arzetta Whiteside, father, Elvin Whiteside, sister Betty Fields, brothers Robert Whiteside and Lloyd Whiteside. He is survived by his wife of 30 years, Laurie Whiteside; his four children, Michael Jones and wife Shannon Jones, Randall Brown, Allison Toler and husband Frank Toler, and Raymond Whiteside and wife Sophia Mosher; eight grandchildren and four great-grandchildren; as well as numerous nieces and nephews. The visitation will be Saturday, February 19th, from 10:00 a.m. until the memorial service time at 11:00 a.m. at Memorial Park Funeral Home. In lieu of flowers memorial donations in his honor can be made to K9s for Warriors. www.kosforwarriors.org

The family of Raymond Douglas Whiteside created this Life Tributes page to make it easy to share your memories.