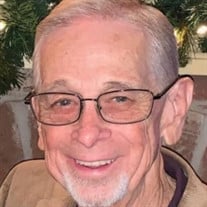 Raymond Courtney Davis, 76, of Cordova, TN died November 6, 2020 at Baptist Memorial Hospital in Memphis, TN. He was born to the late Leslie Paul Davis and Willie Agnes Davis in St Louis, MO. on February 24, 1944. He graduated from Kingsbury High School. He was the drummer of a garage band” Le Sabres”, he was also in the Band “Cloudy “on the weekends as an adult. He owned and operated Kiddie Care Learning Center in Frayser, where he was known as “Ray Ray” He was also a medical courier for AEL. Known for his sense of humor and liking to joke around and tease. He could pretty much fix anything. The kids at the daycare would bring their broken toys from home for Ray to fix. Krissy would bring all her friends broken belongings for her Dad to fix. He was very particular about everything and wanted things to be done right. He never drove a dirty car. He had many hobbies, but his favorite was karate, running, biking, dancing, boating, water skiing, and riding motorcycles. His greatest loves were his wife and family. His favorite Bible verse is 1 Corinthians 13:4-84 Love is patient, love is kind. It does not envy, it does not boast, it is not proud. 5 It does not dishonor others, it is not self-seeking, it is not easily angered, it keeps no record of wrongs. 6 Love does not delight in evil but rejoices with the truth. 7 It always protects, always trusts, always hopes, always perseveres. Ray was preceded in death by his father, Leslie Paul Davis, Mother, Willie Agnes Davis, and sister, Gloria Jean Black. He is survived by his wife of 55 plus years, Susan Krauch Davis, a son Kelly Davis (Dawn), a daughter Krissy Davis Stewart (William), 2 grandsons, Davis William Stewart, Andrew Carter Stewart, and nieces and nephews. The family will receive guests Monday November 9, 2020 from 1:00 PM until 2:00 PM followed by a Celebration of Life Service at 2:00 PM at Memorial Park Funeral Home – Fireside Chapel. To view the webcasted Celebration of Life Service click the link below: http://webcast.funeralvue.com/events/viewer/40310