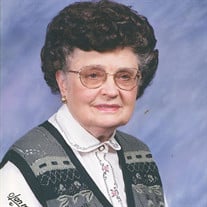 Patty Rue Peeples, born Carnell, 90, of Collierville, TN, passed away on May 20th, 2020. Visitation will be held on Tuesday, May 26th from 5-7:00 P.M. at Memorial Park Funeral Home at 5668 Poplar Avenue. The funeral service will be held on Wednesday, May 27th at 1:00 P.M. at the same location. The burial will follow the service, taking place at Memorial Park Cemetery. The chapel for the funeral service is very large to allow for plenty of social distancing. Patty was born in New Albany, Mississippi on March 21, 1930. She lived In New Albany and graduated from New Albany High School. After graduation, she moved to Memphis and attended the Memphis School of Commerce. She met and married Arthur Dennis Peeples on December 17th, 1949 and they have been married for 70 years. They spent their time in Memphis, TN where Dennis worked as a meat market manager and Patty raised their two daughters. Patty was known for her big personality and sharp wit. She was affectionately known as Memommy by her grandchildren and great-grandchildren and even now, they still use many funny phrases she taught them through the years. Patty loved cooking, sewing, gardening, caring for others, and attending church. For many years, the family was very active at Merton Avenue Baptist Church, Memphis, TN and then in later years, they attended Cherry Rd. Baptist Church in Memphis. Patty is survived by her adoring husband Dennis Peeples, her two devoted daughters Gayle Ennis and Lane Steen as well as one brother, John Carnell. Patty also had five grandchildren, Heather Nyen , Mark Ennis, Holly Ennis-Peters, Josie Steen, and Will Steen. Patty also had four great-grandchildren....Avery Nyen, Emily Nyen, Evelyn Ennis-Peters and Ethan Ennis-Peters. Patty was preceded in death by her mother and father, Etta Ferguson Carnell and James Madison Carnell, a sister, Ella Jo Smith, and a brother, James Welburn Carnell. In lieu of flowers, memorial donations may be made to Cherry Rd. Baptist Church, Memphis, TN.

Patty Rue Peeples, born Carnell, 90, of Collierville, TN, passed away on May 20th, 2020. Visitation will be held on Tuesday, May 26th from 5-7:00 P.M. at Memorial Park Funeral Home at 5668 Poplar Avenue. The funeral service will be held on... View Obituary & Service Information

The family of Patty Carnell Peeples created this Life Tributes page to make it easy to share your memories.

Send flowers to the Peeples family.