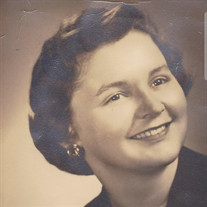 Patty Sue Jordan, 87, passed away on November 19, 2020 after suffering and fighting with all her might against Pulmonary Fibrosis. She was the daughter of Robert Hollis Jordan and Gladys Wiley Jordan of the Piney Grove community in Hardeman County, Tennessee. She was an Independence Day baby, born, July 4, 1933. After high school, she moved to Memphis, Tennessee and became a phone operator for AT&T. She married her high school sweetheart, James T. Jordan, in a small ceremony witnessed by her cousin Dr. Glenn Jordan and his wife Netha Staton Jordan on April 8, 1956. She became a meticulous homemaker and devoted mother in 1961 when her oldest child, Robert Thomas “Tommy” Jordan was born. She kept the household in order and made sure that both Tommy and her daughter, Lynn, were always on time and in clean uniforms and costumes for the multitude of sporting and dance events each participated in. She was the granddaughter of W. H. Jordan, a Baptist preacher who greatly impacted his family’s faith and beliefs. Patty’s faith in God was the foundation of her life. Her favorite verse was John 3:16 – For God so loved the world that He gave His only begotten Son, that whosoever believeth in him, should not perish, but have everlasting life. James and Patty were longtime residents of Germantown, Tennessee. They recently moved to Assisted Living in Grayson, Georgia. Patty is survived by her husband, James Thomas Jordan of Toone, Tennessee, currently residing in Grayson, Georgia; her son and his wife, Robert Thomas “Tommy” Jordan and Connie Jordan, Johns Creek, Georgia; her daughter and her husband, Patricia Lynn Jordan Amaya and Joe Amaya, Lilburn, Georgia; her grandchildren who she loved so much, Ashley Jordan, Charleston, South Carolina, Clark Jordan, Statesboro, Georgia, Jonathan Amaya, Lilburn, Georgia, and Jordan Amaya, Lilburn, Georgia; her brother and his wife, John Howard Jordan and Mary Jean Jordan, Henderson, Tennessee; her six nieces and nephews; and ten great-nieces and nephews. A memorial service will be held at a later date due to COVID restrictions. In lieu of flowers, the family requests that donations be made to the Pulmonary Fibrosis Foundation: https://app.mobilecause.com/vf/PFFTribute/PattyJordan

Patty Sue Jordan, 87, passed away on November 19, 2020 after suffering and fighting with all her might against Pulmonary Fibrosis. She was the daughter of Robert Hollis Jordan and Gladys Wiley Jordan of the Piney Grove community in Hardeman... View Obituary & Service Information