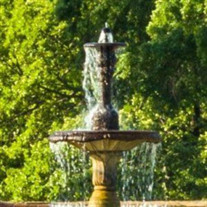 Patricia Pruett Parker, 59, of Greer’s Ferry, Arkansas, passed away August 19, 2021. She was preceded in death by both sets of grandparents, Gerald Roland Horan and Maxine Horan Driver, and Ann West Pruett and William V. Pruett, Sr., and uncle William Kenneth David. She is survived by her husband, Gordon LaRue Parker, her parents, Carole Horan Pruett and William V. Pruett, Jr., her 3 children, William Ryan Parker (Austin, Texas), Patrick Gordon Parker (Conway, Arkansas), and Clare Michelle Parker (Conway, Arkansas), 2 grandsons, Avery Parker and Emery Parker. She is also leaves her sisters Kimberly Pruett Compton (Ron) of Seal Beach, California, and Karen Pruett Norton (Tucson, Arizona), her aunt Rebecca Horan Borelli (Allen, Texas), her uncle Michael Patrick (Vikki) Horan of Topeka, Kansas. In addition her beloved cousins, Kristen Sullivan, Erin Borelli, Allison Ewell and Molly Horan. Also 2 nieces and 2 nephews and their children. She was born in Kansas City, Missouri, on September 12, 1961. Born prematurely, weighing 3 pounds 3 ounces. She was a fighter from the beginning. After spending 5 weeks in an isolet, she came home weighing 5 pounds, and continued to thrive. The family moved to Weston, Mass., and later to Germantown, Tennessee. She graduated from Germantown High School and earned a degree in accounting from Arkansas State University. She and her husband met in college. She began her career in banking at Union Planters Bank in Memphis. After her marriage she and her husband moved to Little Rock, Arkansas, where she continued her career at one of the largest banks, as an in-house auditor. She was a highly skilled auditor, and there were a few groans when she unexpectedly arrived. When her first son, Ryan, was born, she and her husband moved to Greer’s Ferry, Arkansas, raised cattle on their ranch, and started a retail business in the grocery industry. They retired when Patti was diagnosed with breast cancer. She fought this bravely for 31/2 years until she could fight no more. Patti was very kind and loving, and never met a stranger. Her family was her heart. When she was born, her parents called her Patty. Her great-grandmother Pruett asked them to spell it Patti. She said Patti was special, because unlike the rest of her family, had green eyes, more like her blue ones. She was granted her last wish, taking her beloved grandsons to Disney World for a week. Her death leaves broken hearts, but gratitude that she is no longer suffering. Memorials can be made to St. Jude’s Children’s Hospital, her favorite charity, or to the donor’s choice. The family will receive relatives and friends on Tuesday, August 24 from 1:00 pm until the time of the funeral service at 2:00 pm at Memorial Park Funeral Home and Cemetery, 5668 Poplar Avenue in Memphis. The committal service will immediately follow.