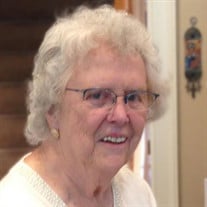 Patricia M. Marr, 88 of Germantown, Tennessee, passed away on January 14, 2022. Patricia (Pat), was born in 1933 at home in Jenkins Township, in the Greater Pittston area of Pennsylvania, to Patrick and Eleanor (Gavin) Feeney. There, she grew up with her three sisters and one brother, surrounded by their extended Irish family and neighbors, in the coal-mining region of Luzerne County. She was a lifelong Catholic, and was active in her church Altar Society and Women’s Guild. She loved singing, dancing, telling drama-filled stories and sports. She was a cheerleader in high school, and continued spiritedly cheering for her favorite teams all her life. After graduating from St. John’s High School in Pittston, she completed training at Pittston Hospital School of Nursing, and became a registered nurse on staff at the hospital. In 1957, she married George Marr at St. John the Evangelist Catholic Church in their hometown. They spent part of their honeymoon on campus at a Notre Dame football game, which would become a long tradition for them, attending many games over the years, and watching and cheering at countless more from home with friends. Together they raised their three children, Paul, Maureen, and Karen, and had many adventures while living in New Jersey, Texas, and Tennessee. Each summer for many years, they drove cross-country from Texas to Pennsylvania to visit family and rekindle memories; stopping along the way to take in the sites and natural wonders. Never shy, Pat was outgoing, caring, friendly and energetic. Together with George, she made many friends outside their immediate family, and she always planned a great party, including her children’s birthdays. She combined her storytelling and party planning skills for many years to sell Tupperware, and enjoyed social activities including playing bridge. She was resilient, adventurous, and had fortitude to carry her through life’s challenges, strengthened by her strong faith in God. In later years, she fought through health challenges including several surgeries, breast cancer, glaucoma and Alzheimer's. When many of her memories were distant, she still recalled prayers, and songs especially, and was able to attend and participate in mass. She also still told the occasional unexpected joke on George! Pat is survived by her husband of 64 years, George, of Germantown, TN; her son Paul and his wife Karen (Knutson) of Shippensburg, PA; and her daughters, Maureen of Germantown, TN; and Karen, of Memphis, TN. She is also survived by her sister, Ellen Brown, of Kingston, PA, and many nieces and nephews. She is predeceased by her parents, and her siblings Grace Hoban, Nan Connors, and Robert Feeney. In lieu of flowers, donations to remember Pat can be made to St. Jude, the Alzheimer’s Association, or OLPH sanctuary improvement fund The family will receive relatives and friends on Tuesday, January 25 from 5:00 p.m. until 7:00 p.m. with a rosary service at 7:00 p.m. in the Riverside Chapel of Memorial Park Funeral Home, 5668 Poplar Ave, Memphis, TN, 38119. The funeral mass will be held on Wednesday, January 26 at 10:00 a.m. at Our Lady of Perpetual Help Catholic Church, 8151 Poplar Ave, Germantown, TN, 38138. Memorial Park Funeral Home and Cemetery, 5668 Poplar Ave, Memphis, TN, 38119. (901) 767-8930.

Patricia M. Marr, 88 of Germantown, Tennessee, passed away on January 14, 2022. Patricia (Pat), was born in 1933 at home in Jenkins Township, in the Greater Pittston area of Pennsylvania, to Patrick and Eleanor (Gavin) Feeney. There, she grew... View Obituary & Service Information

The family of Patricia M. Marr created this Life Tributes page to make it easy to share your memories.

Patricia M. Marr, 88 of Germantown, Tennessee, passed away on...