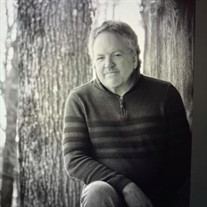 Rev. Morgan Moultrie Parks, 61, was born on July 5, 1960 in Nashville, Tennessee, leaving his earthly home into the arms of Jesus on September 2, 2021. Morgan graduated from Harding Academy in 1978 and attended Freed Hardeman University. He received his Master’s in Theology from Memphis Theological Seminary in 2012. He was ordained in May 2013. He worked as a Route Sales Associate until he received his calling to become a minister. From his time in Jackson, Tennessee to Memphis, he had so many mentors including, Brother Bill and Ann Luther, Rev. Harold and Dot Goodwin, Rev. Vance Moore, Dr. Ron Buck and Dr. Bill McConnell, who influenced his path in life. He was the Associate Minister at Lindenwood Christian Church from 2012-2017. At the time of his death, Rev. Parks was Associate Minister at Collierville Christian Church, having served since 2017. He was an adjunct celebrant for Memorial Park Funeral Home and Memphis Funeral Homes. Morgan was an active member of the Emmaus community serving on teams for the Emmaus Walk (adult), Chrysalis Flight (youth), and Kairos Inside (prison ministries) spiritual growth programs. He also served as Community Spiritual Director for the Memphis Emmaus Community and the Memphis Chrysalis Community. He was also the Music/Worship Leader for 15 years for “Journey to Bethany” and a Stephen Minister. His passion was mission work, evangelism and youth ministry. Morgan led many mission trips, one of his most memorable was to Joplin, Missouri, but most recent to Dulac, Louisiana in July. Morgan had a love for music and movies. He was a multi-instrumentalist and singer. He was the drummer in the bands Rita Mac & Different Drum, and Bluff City 901. When it came to music and movies, Morgan was a trivia master. He had an extensive collection of music memorabilia. Morgan loved to take quick road trips, whether it be trout fishing at the Spring River, Reelfoot Lake to eat at Boyettes, overnight to Hot Springs for the World’s Shortest St. Patrick’s Day Parade, or to one of his favorite places, New Orleans. Morgan loved his friends, he made each one feel like they were his best friend. He leaves behind his loving family, mother, Katie Lincoln, step-father Barry Lincoln, step-mother Natalie Parks, 6 children, Brandie (Aaron) Elliott, Joey (Jean Marie) Wages, Amanda Parks, Nikki Parks, Nathan Parks & Abigail Parks; Grandchildren: Caitlin Parks, Jordan Dailey, Layla Reisinger, Ava Mylam, Kayden Parks, Zahna Sarr, Malachi Sarr, Sophia Sarr, Chance Ruben, Marley Poindexter, Veda Poindexter, Faith Wages. Siblings: Martha (Troy) Dent, John (Denise) Parks, Michael (Denise) Curtis, Richard Goff, Michael (Deanna Flemming) Goff, Mark (Leslie) Goff, Ben (Megan) Parks. Birth Family: Brenda Dixon, Tracy (Mike) Dove, Jody Dixon, Robby Dixon, plus many nieces, nephews and cousins. He was preceded in death by his father, Rev. Jack Parks. Though we mourn his death, we rejoice in knowing that he is with our Heavenly Father. All who knew him will miss his love for Christ, his compassion, his quick wit, his infectious smile, and his kind and loving spirit. In lieu of flowers, donations can be made to Collierville Christian Church, 707 New Byhalia Road, Collierville, Tennessee 38017 for Mission and Outreach.

Rev. Morgan Moultrie Parks, 61, was born on July 5, 1960 in Nashville, Tennessee, leaving his earthly home into the arms of Jesus on September 2, 2021. Morgan graduated from Harding Academy in 1978 and attended Freed Hardeman University. He... View Obituary & Service Information