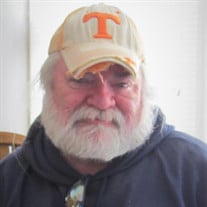 Mike was born on Valentine’s Day February 14, 1950 in Bangor, Maine. Mike was adopted by Margaret and Joseph Ferrill while his father was serving in the military and stationed in Bangor, Maine, later they moved to Memphis, Tn. Mike passed away at his residence on August 1, 2021. Mike attended Hillcrest High School and Graceland Elementary, after leaving High School he enlisted in the Air Force, after his service ended he stayed in Charleston, SC where he had been based, he later returned to Memphis where he spent the remainder of his life. Mike retired from Federal Express, where he worked in Freight Services, he also had worked for Shelby County as a Deputy Jailer. Mike is survived by his sisters Susan Ferrill Lewis (Cal) of Memphis, Cynthia Wilhite of Counce ,Tn, Julie Zwies (Walter) of San Antonio, Tx and Jennifer Seal (Michael) of Picayune, MS., his ex-wife and friend Barbara “Babs” Ferrill, his best friend James Gooden of Memphis, TN., and many nieces, nephews, great-nieces and great-nephews. He was preceded in death by a brother John Hilton Ferrill, mother Margaret Lee Ferrill, his father Joseph Hilton Ferrill and a nephew Brandon Heath Wilhite. Mike loved western movies and watching wrestling on tv. He loved to cook and eat. He will be sorely missed by his family and friends. The family will receive relatives and friends on Tuesday, August 10 from from 12:30 pm until 1:30 pm at Memorial Park Funeral Home and Cemetery, 5668 Poplar Avenue. The graveside service will be held immediately following via an escorted cortege at West Tennessee Veteran's Cemetery, 4000 Forest Hill Irene in Memphis.

Mike was born on Valentine&#8217;s Day February 14, 1950 in Bangor, Maine. Mike was adopted by Margaret and Joseph Ferrill while his father was serving in the military and stationed in Bangor, Maine, later they moved to Memphis, Tn. Mike passed... View Obituary & Service Information