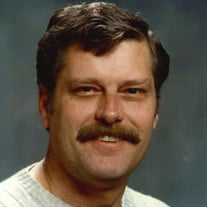 Master Sergeant Michael Stephen Jennings, US Marine Corps, Ret., 74 of Memphis, TN, passed away on April 22, 2022. Mike was born on April 27, 1947 in Newport News, Virginia to Robert William Jennings and Ella Jobe Jennings. After graduation from Hampton High School he enlisted in the United States Marine Corps. He proudly served his country and retired after over 20 years of dedicated service. While in the Marine Corps he served during the Vietnam War where he received the Vietnam service and campaign medals. While serving his country, he received numerous medals and badges for Good Conduct and dedication to service. He enjoyed hunting, fishing, and camping; he loved being outdoors. He was an avid gamer and in his later years spent most of his time playing his favorites. He was a lover of photography and enjoyed capturing family moments along with various other things in a photo or video; he documented every precious moment so friends and family could enjoy these moments forever. He had an amazing passion for animals and owned numerous pets over the years; he adored each one so much. He was predeceased by his parents. He is survived by three daughters, Lisa Boynton of Chilhowie, VA, Whitney Jennings of Oakland, TN and Jessica Jennings of Bartlett, TN; one son, Paul Jennings of Chilhowie, VA; two grandsons, Jonathan Boynton of Chilhowie, VA and Jacob Presgrove of Bartlett, TN. The family will receive relatives and friends on Monday May 2nd at Memorial Park Funeral Home from 12:30-1:30pm, 5668 Poplar Ave, Memphis, TN, 38119, with a graveside service with military honors to follow at 2:30pm at the Rotunda at West Tennessee Veterans Cemetery, 4000 Forest Hill Irene Road, Memphis, TN, 38125. “Some people really live an entire lifetime and wonder if they ever made a difference in the world. A veteran does not have that problem.” - Ronald Reagan Memorial Park Funeral Home and Cemetery, 5668 Poplar Ave, Memphis, TN, 38119. (901) 767-8930.

The family of Michael Stephen Jennings created this Life Tributes page to make it easy to share your memories.

Send flowers to the Jennings family.