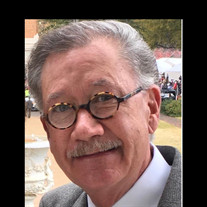 Max Randall Bonnin endured unimaginable tragedy in 1999 when his late wife, June, was killed in a fiery Amtrak crash outside Chicago, but he was not able to overcome a devastating cancer diagnosis in 2020. He fought valiantly before succumbing to a rare side effect from cancer treatments. He went to heaven October 5, surrounded by his wife and daughter in Dallas. He was 67 years old. Max built Bonne Terre Country Inn in 1996, turning a cow pasture into a first-class, Select Registry destination property in DeSoto County, Mississippi, when not much development had yet occurred there. Nestled on 120 acres, it was a unique, sought-after venue for weddings, retreats and romantic getaways. With Bonne Terre, Max fulfilled June’s dream to own a country inn after she was diagnosed with lymphoma. In a twist of fate, June was in remission when she was tragically killed in an Amtrak wreck outside of Chicago. Max then became a single parent to 8-year-old Ashley, who lost her lower leg in the crash. It was at Bonne Terre that Max proposed to Linda Hilbun on New Year’s Eve 2002 in front of 100 guests, complete with fireworks over the lake, a champagne toast and Max on bended knee in a tuxedo. He made sure their children, closest friends and colleagues were on hand for the elegant proposal. They married in 2003 in the chapel he built at Bonne Terre in June’s memory. He worked for Baxter Healthcare for 20 years and rose to Southeast Area Vice President of Corporate Sales and Marketing. For seven straight years, he ranked #1 for sales and gross profits and was named top account executive nationwide. Max took early retirement from Baxter to build Bonne Terre. After marrying Linda in 2003, Max sold the business to spend more time with his new family and return to a career in sales. He was director of national accounts for TopRX and territory sales manager with U.S. Foods before giving up his career to support Linda’s. Max left Memphis in 2014 when Linda accepted a leadership position at Louisiana State University, and they moved to Baton Rouge, where he was an entrepreneur-in-residence with LSU’s business incubator. In 2015, Linda’s career took them to Tuscaloosa, Alabama, and he worked with The University of Alabama as a consultant. In 2020, they relocated to Abilene, Texas. Five months later, Max was diagnosed with stage-four cancer in the midst of the global pandemic. He has many friends and colleagues who were touched by his life and his smile. His family already misses him immensely. In addition to his wife, Linda, he leaves his daughter and son-in-law, Ashley and Brooks Igo of Dallas; granddaughter, June Elizabeth Igo of Dallas; stepson and daughter-in-law, William and McKinley Enis of Memphis, Tennessee; 93-year-old father, Gene Bonnin of Groves, Texas; sister and brother-in-law, Sandy and Larry Jobe of San Antonio; father-in-law, Larry Hilbun of Memphis; sister-in-law and brother-in-law, Melissa and Larry Bankston of Searcy, Arkansas; beloved rescue dog, Thelma; and a host of friends and colleagues who mourn his passing. He was preceded in death by his mother, Peggy Leachman Bonnin. Max was born in Port Arthur, Texas, on May 24, 1954. After graduating from Port Neches-Groves High School, he attended the University of Houston for two years before graduating from the University of Arizona. A devout Christian, Max proclaimed Jesus as his Lord and Savior many years ago, and always started his day with a devotional. Max’s unique and full life will be celebrated October 12 at 1 p.m. in Wilson Chapel at Christ Church, (4488 Poplar Ave.) in Memphis, with his final resting place at nearby Memorial Park (5668 Poplar Ave). In honor of Max and his dog, Thelma, the family asks that you consider rescuing a dog or donating to Dallas Pets Alive (dallaspetsalive.org).

Max Randall Bonnin endured unimaginable tragedy in 1999 when his late wife, June, was killed in a fiery Amtrak crash outside Chicago, but he was not able to overcome a devastating cancer diagnosis in 2020. He fought valiantly before succumbing... View Obituary & Service Information

The family of Max Randall Bonnin created this Life Tributes page to make it easy to share your memories.

Send flowers to the Bonnin family.