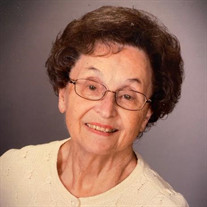 Martha Clayton McLaughlin, 82, beloved wife, mother, grandmother and sister passed away December 28, 2020. A private graveside service for the family will be held at Memorial Park Cemetery. Martha was born in Memphis TN on December 18, 1938 to Hubert F and Loraine B Clayton. She graduated from Tiptonville High School as Valedictorian in 1957 and graduated with honors from Murray State University in 1961 with a degree in elementary education. After teaching at Richland Elementary in Memphis for one year, she married her love, Bill McLaughlin in 1962 and move to Chattanooga TN to join him. She taught school there for ten years. In 1972 she and Bill moved back to Memphis where she taught in Memphis and Shelby County School systems for more than fifteen years. Martha and Bill were married for 58 years and were blessed with two children, Scot and Kimberly. Martha and Bill are members of Emmanuel United Methodist Church, attending regularly for more than forty-seven years. She was predeceased by her parents, Hubert and Loraine Clayton. She is survived by her husband, Bill, her son Scot C McLaughlin (Laurel), her daughter Kimberly D Morgan (Greg), granddaughters, Layton and Mabry Pegg. She is also survived by her siblings, sister Mary Ruth Douglas, brother Dr Paul Clayton (Carolyn), brother Brooks Clayton (Linda), brother Dr John Clayton (Doris), sister Elaine Weatherford and sister Hope Koebbe. Memorials may be sent to Emmanuel United Methodist Church, 2404 Kirby Road, Memphis TN 38119, The Village Foundation, 7820 Walking Horse Circle, Germantown TN 38138 or the charity of your choice.

The family of Martha Clayton McLaughlin created this Life Tributes page to make it easy to share your memories.

Send flowers to the McLaughlin family.