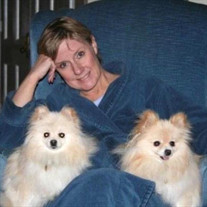 Marion Majors Crenshaw, 68, passed away on July 31, 2020, in Memphis, Tennessee. Marion Crenshaw was born December 12, 1951, in Memphis to Marion Mathews Majors and Leland Matthew Majors. As a newborn she moved with her parents to Anchorage, Alaska, where her father served as a lieutenant colonel in the Air Force during the Korean War. After her family returned to Memphis, she attended Lausanne School for Girls. Harboring a devotion to language and education, she received a BA from Southwestern (Rhodes College), and an MA from Memphis State University in English. She went on to teach English, French, and Bible studies at Hutchison School, Grace St. Luke's, and Dallas County Community College. Marion gave back to her community by spending many years volunteering for LeBonheur Club, The Junior League of Memphis, and Christian Brothers High School. She was also a member of the Chi Omega Sorority, and later worked for their headquarters in Memphis. Marion had a passion for ballet, adored cooking for her family, was an avid orchid grower, and created the most beautiful family holiday traditions. Marion also had a strong faith in Our Lord and believed in the power of prayer. She was a loving mother, always encouraging her children to cherish one another. An often repeated quote was, "love each other, because you're all each other has." A few weeks before she passed, she traveled to Austin, Texas to meet her first grandchild, Davy; a personal milestone that will be forever treasured. Marion is survived by her husband of 47 years, Dr. Andrew H. Crenshaw, Jr.; her children, Andrew H. Crenshaw, III and his wife Sarah Sallee Thibodeaux; Marion Crenshaw Milner and her husband Robert Rutherford Milner, III; and Katherine Crenshaw Slezak and her husband Christopher John Slezak; grandchild David Leland Slezak; and grandchild-by-marriage Madog William Faraday Thibodeaux. Due to Covid-19, services will be private. In lieu of flowers, the family asks that donations be made to a charity of your choosing.

Marion Majors Crenshaw, 68, passed away on July 31, 2020, in Memphis, Tennessee. Marion Crenshaw was born December 12, 1951, in Memphis to Marion Mathews Majors and Leland Matthew Majors. As a newborn she moved with her parents to Anchorage,... View Obituary & Service Information

The family of Marion Crenshaw created this Life Tributes page to make it easy to share your memories.

Send flowers to the Crenshaw family.