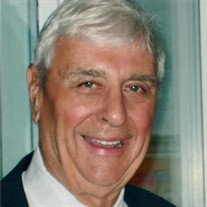 Marion S. Boyd, Jr, age 93, known fondly to his friends and family as “Boots,” died peacefully on March 20th in Memphis, TN. Boots was born on March 12, 1929 to the late United States District Judge Marion S. Boyd and Sara Mallory Boyd in Memphis. As a young man, he was a member of Scout Troop 34 and was a proud bronze palm Eagle Scout. After his graduation from Central High School in 1947, he followed in the footsteps of both his grandfather and great-grandfather and attended the University of Virginia. There, he was active in the Reserve Officers Training Corps and dedicated himself to pre-law studies. Immediately upon undergraduate graduation, Boots was commissioned an Ensign in the United States Navy and was deployed to Korea aboard the USS Hailey, a Fletcher-class destroyer. He was immensely proud of his service and regaled many who knew him with harrowing tales from the siege of Wonsan Harbor. Following the war, he returned to the University of Virginia to obtain his law degree. Boots remained in the Navy Reserve for several decades following the war, ultimately retiring from the military in 1982 with the rank of Commander. Following law school graduation, Boots returned to Memphis and served as a law clerk for the late Honorable John D. Martin, Judge of the U.S. Court of Appeals for the Sixth Circuit. In 1958, he joined the Memphis law firm of Canada, Russell, and Turner, which continues as Wyatt, Tarrant & Combs today. Boots dedicated himself to the law and spent many years traveling both the country and world for his clients. At dinner, he could often be heard recalling highlights from lawsuits involving everyone from the Sheik of Dubai to the Boston Red Socks and even to Victoria’s Secret (his personal favorite). He retired from the firm in 2008 after 45 years of practice, but continued to go to the office every morning for a decade following “retirement,” as his love of law and continuous learning could not be stopped. His long and storied law career was notable for several accolades. He was honored as a Tennessee Fellow by the Tennessee Bar Foundation and named a “Pillar of Excellence” by the University of Memphis Law School in recognition of his many years of legal service. He served as a life member of the Sixth Circuit Judicial Conference. A lifelong Memphian, Boots was dedicated to furthering our community through acts of service. He served on the Board of the Memphis Symphony for 30 years, the Lifeblood Board for 28 years, and on the Board of the Memphis Heart Association for 10 years. Socially, he was a member of Memphis Country Club, The Crescent Club, the Grand Krewe of Memphis, and the Economics Club. He was the oldest living member of Second Presbyterian Church at the time of his death. Boots lead an extraordinary life full of worldwide adventure, thrilling lawsuits, and both personal and professional accomplishments. He was a true Renaissance man, having great passion for everything from astrophysics to classical music to woodworking. Furthermore, he was a walking encyclopedia—there was not a single subject that he had not studied extensively. He was a man of great honor and integrity who possessed the incredible ability to make everyone he spoke to feel like the most special person in the room. He was truly a one of a kind man, husband, and father. He is survived by the love of his life, Margaret Cobb-Boyd, and by his beloved daughter, Louisa Boyd Ragsdale (Tyler). He will be tremendously missed by them both. Services will be held at Second Presbyterian Church on Saturday, March 26th. Visitation will be from 10:00 a.m. to 11:30 a.m. in the Salmon Room, followed by a Memorial Service in the Chapel at 11:30 a.m. In lieu of flowers, the family asks that any memorial gifts be made to the Memphis Symphony Orchestra.

The family of Marion S. Boyd Jr, created this Life Tributes page to make it easy to share your memories.

Send flowers to the Boyd family.