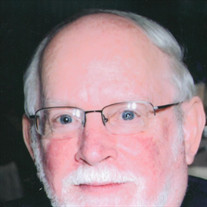 Lt. Col. Dale Lee Duckworth, 78, passed away January 31, 2022, in Germantown,TN. He was born December 1, 1943, in Jackson, Mississippi, to Rommie LeRoy and Betty Bartee Tucker Duckworth. Dale was a 1961 graduate of Murrah High School in Jackson, MS. After earning a degree in Accounting from Ole Miss, Dale was commissioned in the U.S. Air Force and began a full career of service for his country including two tours in Thailand during the Vietnam War, and many other stations. He married Payong Pamornkul on December 4, 1972 in Hawaii. While in the service he completed his Master’s Degree and enjoyed teaching and supporting the ROTC program. Dale developed a lifelong interest in airplanes and the U.S. space program, which he followed closely, attending several launchings of the manned rockets. Following retirement from the Air Force, Dale was employed by the City of Memphis, then worked as a consultant for Lockheed Martin for many years. He continued his support of the military by volunteering with Project Recover, an organization supporting the finding and returning home of the remains of those MIA from the Vietnam War. Dale enjoyed a passion for Mercedes-Benz, owning several vehicles, and participating in the activities of the Mercedes-Benz Club of America – Memphis Section. A loving and generous husband, father and grandfather, Dale is survived by his wife, Payong; sons Daniel Lee Duckworth (Rubye) of Memphis, Michael Dale Duckworth of Germantown, TN, and daughter Joy Duckworth of Minneapolis, MN; grandchildren Deliya and Delaney Duckworth, Tucker and Tyler Duckworth, Christopher, Giorgio and Nathalee Khamvongsouk; sisters Betty Dea Windsor (Jack) of Mountain Home, AR and Lola Estes (Chuck) of Oak Ridge, TN; and nieces Christi McGinnis Cooper (Jay) and Alyssa Self Cook (Brandon) Funeral services will be held at Memorial Park Funeral Home in Memphis on Saturday, February 12th, with Receiving of Friends at 9:00 am, Service at 10:00 am, and Burial with military honors at 11:00 am Memorials can be made to the Betty B. Tucker ‘38 Award, Law Day Scholarship Fund at Mississippi College School of Law, Clinton, MS; www.mc.edu and “give”. Judge Tucker was Dale’s grandmother who lived next door.

The family of Lt. Col. Dale Lee Duckworth created this Life Tributes page to make it easy to share your memories.

Send flowers to the Duckworth family.