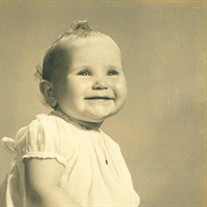 Lana Kay Prescott, 6/12/42 to 5/10/22, was the daughter of the late C.E. “Eddie” Prescott and Emmogene Snider Prescott. Eddie Prescott was a well-known druggist, the first to sell grocery items in his Memphis drug store, and a real estate developer. The title he preferred was innovator. Emmogene was a member of the Crump and Houston families who have been established in Shelby County for over 200 years. Lana was a member of the first class at East High School to go from first grade to graduation (1948-1960). Stars fell from this class. Many members went on to be important in Memphis development and business. She earned a B.A. and B.S. from Memphis State University. She also earned a MSSW degree at the University of Tennessee. Until her retirement, she worked at the Salvation Army as the Supervisor of Women and Children’s Shelter, and as a medical social worker at the MED at The University of Tennessee. She was an avid reader and traveled the US, Europe, China, Japan, S.E. Asia, Canada, S. America and Caribbean countries, Bali, Java and Singapore. She was an animal lover and had many furry friends over her life; including Prince, Keesha, Missy, Lacey, Nash, Pandora, Maia, Athena, Zeus, Morgan, Bristol, Rambler and Lollie. She leaves behind Kelly—her rescue cockapoo. She leaves her family Donna Drumright Huddleston (Tom), Memphis; Michelle Huddleston Reddell (John Alvin, deceased) and Hayley Reddell, Murfreesboro, TN; L.E. and Diane Wadlington, Memphis; Lee, Jen and James McNabb, Charlotte, NC; Jerry Francisco, Memphis; Lisa Francisco Abitz (Don), Memphis; Susan Francisco, Jackson, TN; Tabitha Francisco McNabb (Leland), Germantown, TN. Special thanks and love to Gloria Hearn who was always there and who took great care of her and who was also family. Lana grew up in Christ United Methodist Church and later became an Episcopalian for over 40 years. She accepted Jesus as her savior when a young child and loved God and Christ all her life from when her mother knelt beside her and taught Lana her prayers. Memorial Park has charge with services on Friday, May 13. Visitation from 10 to 11 am and services to follow. All events at Memorial Park. In lieu of flowers, please consider donations to Collierville Animal Shelter, Memphis Animal Shelter, St. George’s Episcopal Church.

Lana Kay Prescott, 6/12/42 to 5/10/22, was the daughter of the late C.E. &#8220;Eddie&#8221; Prescott and Emmogene Snider Prescott. Eddie Prescott was a well-known druggist, the first to sell grocery items in his Memphis drug store, and a real... View Obituary & Service Information

The family of Lana Kay Prescott created this Life Tributes page to make it easy to share your memories.

Send flowers to the Prescott family.