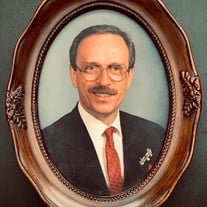 Kim Richard Foster, 69 years old, of Collierville, Tennessee, passed away on November 2, 2021 after a short but sudden illness. He is survived by his wife of 46 years, Betty Louise Gordon Foster, of Collierville, Tennessee, his sister Mary Foster, of Gresham, Oregon and his four daughters: Jessica Foster of Makawao, Hawaii, Mallory Foster Antonacci of Evans, Georgia, Samantha Jo Foster Parks of Memphis, Tennessee and Victoria Foster Sneed of Collierville, Tennessee. Kim was born on May 1, 1952 in Portland, Oregon to Richard Stanley Foster and Barbara Ann Vanderhoff Foster. Kim graduated from Washington High School in 1970. In the fall of 1970, he began his studies at the School of Forestry at Oregon State University. In 1974 he graduated from the School of Forestry and began his career. He received his MBA from Stephan F. Austin State University in 1986. Kim’s love of Forestry began in 1970 when he worked summers at Olallie Lake / Mt. Jefferson Wilderness Area as a USFS Recreation Guard during the construction of the Pacific Crest Trail. After graduating from Oregon State University’s School of Forestry in 1974, he began his career with Champion International in Mapleton, Oregon. He continued with Champion International at the Corrigan / Camden, Texas location from 1980 to 2000. When Champion International became International Paper he and his family ultimately relocated to Savannah, Georgia from 2000-2005. Work moved him and his family again to Memphis, Tennessee in 2005 where he ended his career with West Fraser Inc. Wood Products. Kim wore many hats throughout his 46+ year career all with the same company. Kim was an avid photographer. Thanks to his passion, every moment of his family’s life is documented with thousands of pictures that will be treasured forever. Kim was also a brilliant pianist. Because of his shyness, many people were not aware of what a gifted musician he was. Thankfully, several of his daughters and grandchildren have shown interest in playing the piano so his gift will also live on. Kim was known best as Dad to his four daughters and PaPa Kim to his eight grandchildren: Dante, Jackson, Max, Elliott, Paige, Austin, River and Penny. Nothing made Kim happier than being with his family at Disney. Kim and Betty made sure that they took their daughters and grandchildren on multiple Disney trips. If he was not at Disney he was planning the next trip: buying books to research the best times to visit certain parks, browsing the internet to find hidden tips and tricks about new rides and attractions and watching Disney movies and documentaries for pure enjoyment. Kim’s sudden passing has broken the hearts of many. However, he would not want anyone to be saddened. He would be cracking jokes and giving hugs to help brighten everyone's spirits. Kim’s wish was to be cremated and have a celebration of life with his family at a later date. Kim was an organ donor and gave the gift of sight through organ donation to the Mid-South Eye Bank. In honor of Kim, please consider making a monetary donation to the Mid-South Eye Bank and becoming an organ donor yourself.

The family of Kim Richard Foster created this Life Tributes page to make it easy to share your memories.

Send flowers to the Foster family.