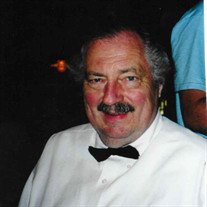 Joseph William O’Hara originally of Avoca PA, but southern by choice as he liked to remind us, passed away on Saturday, August 15th at 6:30pm. Joe died peacefully with Mary Ellen, his wife of 57 years by his side. Joe was born in Avoca Pennsylvania in 1942, the oldest of four children born to Joseph William and Lucille O’Hara. After graduating from St John’s High School, Joe joined the army as an enlisted man after becoming an E-5 he went to OCS. He was a Vietnam era veteran who served in Air Defense and was commissioned in Artillery. After his service time he went to work for the FAA as an air traffic controller and attained his Masters Degree in Public Administration. He retired from the FAA, worked in Human Resource Management and as the Training Director for the Mississippi Prison System. Joe was a member of Knights of Columbus Council 4913 in Valdosta, GA and Council 4888 in Moblie, AL. He was Grand Knight of both councils. Joe would like to be remembered for what he did after he retired. Joe was a Choral Singer all his life and performed with the Mississippi Chorus in Jackson Mississippi, the Rhodes Master Singers and the Germantown Chorus here in Tennessee. He was involved with many other choral groups as they traveled the United States, performing in such works as the Verdi Requiem, Handel’s Messiah and several other works that included challenges he enjoyed. Joe and Mary Ellen, after retirement, packed up everything and took off to see the country. They travelled together for 26 years visiting beloved national parks and working in parks and resorts along their way. These times were precious to them as they visited family and old friends and made so many new friends along the way. Joe was preceded in death by Lucille E Deets and Joseph W. O’Hara, his mother and father, beloved sister Lucille O’Hara Grill, Sister in Law Jean and infant son Joseph William. He is survived by his wife Mary Ellen, daughters Erin and Julie. He and Mary Ellen have seven grand children Andrew, Kate Marie, Ben and Annemarie Janicki and James, Nathan and John Henry Ballard. A memorial service will be held for Joe at a future time when his friends and family can safely gather. In lieu of flowers please make donations in Joe’s name to the Germantown Chorus.

Joseph William O&#8217;Hara originally of Avoca PA, but southern by choice as he liked to remind us, passed away on Saturday, August 15th at 6:30pm. Joe died peacefully with Mary Ellen, his wife of 57 years by his side. Joe was born in Avoca... View Obituary & Service Information

The family of Joseph William O'Hara created this Life Tributes page to make it easy to share your memories.

Joseph William O’Hara originally of Avoca PA, but southern by...

Send flowers to the O'Hara family.