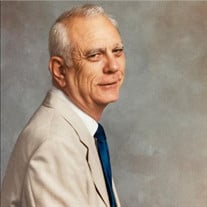 Joseph S. “Pop” Locke, Jr., 91, passed away from COVID-19 on January 7, 2021. He was born and raised in Memphis and graduated from Catholic High School for Boys in 1947. He served in the US Army during the Korean War and his typing skills enabled him to trade his rifle for a typewriter. One of his difficult duties was to compose and send letters to a deceased service member’s family. His letter writing continued long after the war ended. After the war, he began working for E.I. duPont de Nemours and Co. He worked as a supervisor in several areas and was there 40+ years. He won numerous “Safety First” awards for his safety suggestions. Joe was a barbeque and Italian food connoisseur. He served as an ambassador and later a judge at the Memphis in May Barbeque Contest. He also judged barbeque contests in four states, often giving tips to new teams that served them well. He also served as an ambassador and judge at the Memphis Italian Festival, hosted by his church, Holy Rosary Catholic Church. He was a devout Catholic and served as an usher at the 7:30 AM Mass for many years. Joe loved Memphis. He was a prolific letter writer who regularly wrote letters to The Commercial Appeal praising different attributes of Memphis. He was also a Memphis State basketball fan. He had season tickets on the top row of the Mid-South Coliseum and the Pyramid until his knees balked at climbing all those stairs. Joe was predeceased by his parents, Joseph S. Locke, Sr. and Victoria Lagomarsino Locke, and his sisters, Evelyn (Joe) Walden, Elsie (Cullye) Sanderlin, and Margaret “Weezie” (Joe) Facelli. He was also predeceased by his loving wife, Barbara (“Mimi”) of 63 years who passed away in 2017. He is survived by his daughter, Gina Light (William) of Germantown, TN; son, Robert Locke (Stephanie) of St. Louis, MO; and six grandchildren, Gregory (Breanna), Mark, and David Light and Carter, Becker, and Margo Locke. The family would like to thank the staff at Belmont Village for their kindness and wonderful care of Pop and Mimi. Pop thought the world of everyone at the Belmont.