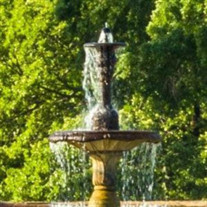 Jonnell Rowland Coats, born November 20th, 1940 to John E. Rowland and Nelle Watson Rowland of Hoenwald and later Camden, TN, passed away August 12th, 2020 at the age of 79 in Memphis, TN. A born academic, Jonnell begged her mother to let her start school a year early. The school was sure she’d quit before the end of the first week, but little Jonnell quickly proved herself as a model student. She went on to become Camden High School class of 1958’s valedictorian and was also named Miss CHS by the faculty and her peers. Jonnell accepted a scholarship to attend the University of Tennessee in Knoxville, described by herself as a daunting adventure for a small-town girl from west Tennessee. Pushing through feelings of being underprepared from her small-town education, she worked hard and made the dean’s list each semester of her four years at the university. She received her A.B. degree in Liberal Arts with a minor in Spanish, Magna Cum Laude in 1962 with plans to attend Duke University. After spending a week on campus at Duke, Jonnell did not want to travel alone over the mountains back home on breaks. She decided to return home to Camden but stopped in Nashville at Vanderbilt on the way. Accepted on the spot, she stayed in Nashville, earned an MA in British Literature, and accepted her first teaching position with the Nashville Metropolitan Schools teaching English and Spanish in 1964. Over the next nearly 40 years, she taught at Western Kentucky University, for the Marietta City Schools, at Kennesaw College, at Southern College of Technology, and finally at Lassiter High School in the Cobb County School District where she retired in 2002. Mrs. Coats was an eccentric and animated teacher that knew how to make suffering through a subject such as British Literature as fun as it could possibly be to a teenager of the 90’s. She had a way of endearing herself to the would-be troublemakers because she knew how to have fun with them. She was simply too adorable to dislike. She was lovingly described as an “Ewok” and “Betty Boob” by some of her students. She often taught a section of English as a second language and often described this class as the most rewarding. Jonnell was preceded in her death by her husband, George William Coats (“Bill”) on May 3, 2000. They met at the University of Tennessee in 1960. After keeping in touch through the years, in 1972, they decided to get married, move to Atlanta, and eventually raise their two children. Following the death of her husband, Jonnell retired and moved to Memphis to live near her children and extended family. She enjoyed retired life by working in her garden, volunteering at DeNeuville Learning Center, being an active member of St. Philip Episcopal Church, and playing bridge with the M.A. Lightman Bridge Club. She enjoyed attending parties and get-togethers and feeling a little “rebellious” in her golden years. Her children will remember her as a very kind, loving, and patient mother. She modeled a belief that one must remain open-minded and accepting of others in their differences. She is survived by her son, Matthew Coats and his wife Stephanie Coats; daughter, Jennifer Coats St. Clair and her husband Christopher St. Clair; nephew, Chris Liebergesell; and six grandchildren, Will, Owen, Sam, Sara, Gabby, and Elise. Details about a memorial service will be shared at a later date.

The family of Jonnell Rowland Coates created this Life Tributes page to make it easy to share your memories.

Send flowers to the Coates family.