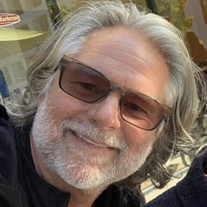 Hello, this is Kevin…” Our beloved John Kevin Hyneman, who went by his middle name Kevin, was born on January 23, 1962 in Memphis, Tennessee. He is the first born son of John and Jeanne Cox Hyneman and older brother to the late William Russell “Rusty” Hyneman. He was raised in the Memphis area, attending Southaven High School and briefly attended Memphis State University before taking on the world of real estate. Kevin was a significant developer who started out as a home builder in the 80’s and went on to reshape much of the Memphis area, eventually moving to Nashville and continuing his work there and around the mid-south. As a close friend put it, “Kevin loved the art of the deal.” While Kevin was well known for his work and many achievements in real estate development, it won’t only be the deals made that come to mind when celebrating the life of this incredible human. For those who knew Kevin, and knew him well, the things that will most likely come to mind first, will be his fun loving spirit, his kindness, and his loyalty. Most days you would find Kevin in Birkenstocks and a Tommy John Tee with his (iconic) hair pulled back into a ponytail. And while he did have incredible hair, the most notable thing about Kevin is the way he walked into a room. He had a way of lighting up even the darkest corners, and turning the strongest of adversaries into the closest of friends. Kevin absolutely loved the beach where he would soak up the sun until it set, a good shrimp cocktail, listening to Post Malone (“Circles”), watching classic westerns, and most of all, his girls. And his girls loved, and will continue to, love him more than anything else in the world. We know we will see him again in heaven, but until then we will miss him every minute of every day. He is survived by his Wife, Cindy Hinson Hyneman, daughters Bailey Alexandra Hyneman and Samantha Jeane Hyneman; his parents John and Jeanne Hyneman; mother-in-law Freada Bailey, sister-in-law Caresse Mills Hyneman, brother-in-law Eric Hinson, uncle and aunt, Milton and Becky Cox, nieces Amanda Hyneman Strawn and Rachel Hyneman, great-nephews, John Russell Strawn, Hudson Hyneman, James Brady Strawn, and godson Logen Jefferson. A private service for the family will be held.

Hello, this is Kevin&#8230;&#8221; Our beloved John Kevin Hyneman, who went by his middle name Kevin, was born on January 23, 1962 in Memphis, Tennessee. He is the first born son of John and Jeanne Cox Hyneman and older brother to the late... View Obituary & Service Information

The family of John Kevin Hyneman created this Life Tributes page to make it easy to share your memories.

Hello, this is Kevin…”

Our beloved John Kevin Hyneman, who...

Send flowers to the Hyneman family.