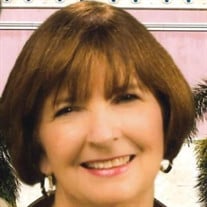 Johnie R. Goff Clay Jean Clay died on January 22, 2021. She was in a tragic accident at her farm in Sardis, Mississippi on September 19, 2020 resulting in extensive brain trauma. She fought for four long months but finally could not withstand the pain, so she let go to be with God. Jean Clay was born September 5, 1944 in Scotts Hill, Tennessee. Her family later moved to Memphis where she graduated from Frayser High School. After high school she attended Memphis State University which is where she met the love of her life, Louis Clay. Louis and Jean were married in Marion, Arkansas. They moved to Union City, Tn until Louis enlisted in the Marine Corps and he was sent to Vietnam. After his return, they moved to Whitehaven then they settled into their forever home in Germantown, Tn. Jean is survived by her husband, Louis G. Clay, Jr, her brother Ronnie Goff, her daughter Lisa Clay Getske (Nic), her son, Louis G. Clay III, four grandchildren, Jonathan, Lincoln, Walker, and Emma. She loved being their YiaYia. She is also survived by her sister-in-law, Gail Gaddie and three nieces Amy, Karen, and Linda whom she loved like daughters. She was preceded in death by her mother and sister. Jean worked when she was younger as a lab technician at Memphis Children’s Clinic. She truly enjoyed working with children. Her passion in life was art. God gave her a true talent and she was very gifted. She expressed her talent in many mediums. She focused and thrived in tole and decorative painting. Her love of art allowed her to leave her job as a lab tech and paint at home so she could focus on being the perfect homemaker. Her husband, children and family were her entire world. After her daughter and son became adults, Jean and Louis decided to take on cattle farming. Like everything else Jean did she took on cattle farming full force. They had his and hers tractors. In pure “Jean Clay” fashion, she even took the time to name every cow. She loved her role as cattle farmer so much. She did all of this while being the perfect wife for her husband. They were married for 57 years; she lovingly picked out his clothes every day. Anyone who knew Jean Clay truly understood how much she loved her husband. They were truly a team. The family will receive friends at Memorial Park Funeral Home on Poplar Sunday, January 31, 2021 from 4 pm – 7 pm. The funeral, also at Memorial Park Funeral Home, will be on Monday, February 1, 2021 at 10 am with burial immediately following. Donations may be made in Jean’s memory to Make-a-Wish (wish.org or 800-722-WISH).

Johnie R. Goff Clay Jean Clay died on January 22, 2021. She was in a tragic accident at her farm in Sardis, Mississippi on September 19, 2020 resulting in extensive brain trauma. She fought for four long months but finally could not withstand... View Obituary & Service Information

The family of Jean R Clay created this Life Tributes page to make it easy to share your memories.

Send flowers to the Clay family.