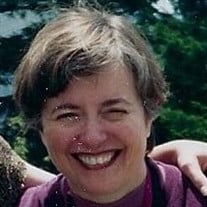 Janet Ann Putnam (Jana) died February 12, 2020 at Methodist University Hospital, Memphis,TN. She was born in Jonesboro, AR to John Arthur Putnam and Mary K Evans Putnam. The family moved to Memphis, and she attended White Station Schools. She earned her Bachelors Degree from Agnes Scott College in Decatur, GA. Moving to San Francisco at the height of the Flower Child movement, she obtained a Masters in counseling in a joint program through UC San Francisco and UC Berkeley. She returned to Memphis and served over 35 years as a social worker at the Memphis City Schools Mental Health Center. There she touched the lives of countless children, parents, and staff as she counseled kids at risk, their parents, and teachers. She worked with children and families at schools and in their homes. In the course of these visits, Jana rescued a number of animals which she loved dearly. These became beloved pets in her home and those of her colleagues at the Mental Health Center or the schools she served. Jana developed kidney failure from Polycystic Kidney Disease and began dialysis in 1998. Shortly after beginning dialysis, She received a kidney transplant. Her kidney continued to function for a remarkable 21 years. She continued her work as a School Social worker until she retired due to her health in 2009. She continued to enjoy activities with her many friends, relatives, and colleagues, and was a member of Delta Kappa Gamma,a service organization of women educators. She leaves her life partner, Sherry Sachritz, and her cousins, Reynolds Seymour of Bay, AR, and John Seymour (Jenny) and Nate, Jake, and Patrick Seymour of Eureka Springs, AR. The family will receive friends on Sunday, February 16, 2020 from 4-6 p.m. and a memorial service will be held on Monday, February 17, 2020 at 2 p.m.; all at Memorial Park Funeral Home, 5668 Poplar Avenue, Memphis, Tennessee. The family requests any donations be directed to MIFA or the Polycystic Kidney Foundation (pkdcure.org). And strongly encourages everyone to sign the donor card on your drivers license. Organ donation is truly a gift of life.

The family of Janet Ann Putnam created this Life Tributes page to make it easy to share your memories.

Send flowers to the Putnam family.