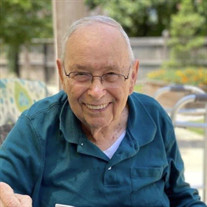 James Robert Stanley - 83 Jim’s long journey ended December 26, 2020 at The Gardens of Germantown Memory Care after an 8 year battle with Alzheimer’s. Jim was born March 15, 1937 in Memphis to Constance and Millard Stanley. He is predeceased by his mother, father, and brother, Daniel Stanley of Slidell, LA. He is survived by his wife of 52 years Imelda (Mel) Stanley, daughters Lisa N. Stanley-Leonard (Charles) of Germantown, TN; Linda Kierspe (Rob) of Pelham, AL; Grandsons Michael Kierspe of Birmingham, AL and Kevin Kierspe of Montavello, AL; as well as numerous nieces and nephews in Slidell, LA and Byesville, OH. He worked for Pitney Bowes in Greenwood, MS, IBM Corporation in Memphis, Heritage Homes, Remax and Crye-Leike Realtors in Memphis. His final employment was with his brother as a manufacturing representative. Throughout, he owned and maintained rental property and flipped houses before it was popular. He never met a piece of scrap wood he didn’t think he could put to good use…even if it was 15 years later. For this reason, never more than one car could comfortably fit in his garage. Like his father, he could fix just about anything, and loathed paying anyone else to fix something he knew he could - even if he had to make his daughter Lisa assist for an entire weekend. She’s pretty good at holding a flashlight in the right spot, through years of training. He had a variety of hobbies and was always taking classes in guitar, stained glass-making, car repairs and dancing. As he would say, he was a jack of all trades, master of none. He always had a motorcycle until he could not longer keep it upright. He loved vintage cars and had several over the years, working on them and cruising around town. He had a deep love of the Arkansas mountains and the clear waters of Greers Ferry Lake. He and Mel kept a lake house in Heber Springs that they visited almost every weekend. He loved the solitude of an early morning fishing trip: just him, a boat, and a fishing rod while he watched the sun rise over the still waters. Catching a fish was far down on his list those mornings. A motorcycle trip to the Petit Jean Mountain car show and a canoe trip on Father’s Day were always his idea of a perfect day. He always supported the women in his life, crediting their intelligence and ability. In his eyes, there was nothing we couldn’t do, and do well. He loved music, and was always singing along to it in his car. He discovered dancing in his later years and was a frequent attendee at the Lewis Center, Berclair, and Southaven Senior Dances. He loved it and the people who attended. His dance card was always full. His family would like to thank the numerous aides who helped care for him over the last 2 ½ years he was at The Gardens of Germantown – we think he became their mascot. He would do anything they asked, as long as he was offered a cookie and a coke. They deserve unending credit for his care, especially while his family was unable to visit due to the pandemic. Due to COVID, there will be no funeral services or memorial, but cremation and private placement of ashes at Memorial Park in Memphis. The family would ask that in lieu of flowers or gifts, anyone willing and able make a donation to the Alzheimer’s research charity of your choice – to help search for a cure so that families will be spared what we have gone through.

The family of James Robert Stanley created this Life Tributes page to make it easy to share your memories.

Send flowers to the Stanley family.